Now back at Liverpool following his loan spell at Besiktas, the goalkeeper has one eye on the past and one on the future as the season restarts

Liverpool goalkeeper Loris Karius claims he had “half the Premier League” following him prior to his move to Manchester City, while insisting that he would only leave Anfield if first-team football was on offer.

Karius, 26, recently cut short a two-year loan spell at Besiktas to return to Merseyside, where he remains firmly behind Alisson in the club’s pecking order.

His first taste of life in England, however, came at the Reds’ rivals City, having signed for the Manchester club as a teenager before leaving without making a single appearance.

“I was playing in the U16 national team at the time, and there were a lot of scouts at the games. At 16 you could sign your first professional contract. I had offers from all sorts of clubs back then, but Manchester City went out of their way to help me,” the keeper explained to Transfermarkt.

“They showed me a concrete plan, for example how I could make it to the senior game. That fascinated me. I could just as well imagine staying in Stuttgart – but the concept and their plan for me did not convince me as much as that of Man City.

“Who else was interested? It felt like half of the Premier League. In Germany, I actually only dealt with Stuttgart because VfB was and is known to do great youth work. I enjoyed great training there.

“At that time I only listened to the plans of Man City and VfB. At that time, the arrival of investors [in clubs] was only just getting started.

“Man City was actually a club that relied heavily on its own youngsters. Many made the breakthrough, the academy was in a good position – that’s why I decided in the end on this club.”

On his present situation, Karius left the door open for a move away from Anfield, on the condition that he would have to be moving to a club that would make him their first choice.

“Of course I have to play if I am going to change clubs. It makes no sense to say: ‘I’m leaving Liverpool for a worse club and I’m only number two there’,” he added.

“But I’m not in a pressure situation at all, I don’t have to change.

“I can move forward in training at Liverpool. As the second-choice goalkeeper in England you know that you get your chances.

“I am currently at the best club in the world, play for titles, have the highest level around me every day in training. I am fully aware that I am in a good position to be in Liverpool. I have great conditions there.”

Thu Jun 11 , 2020
Sevilla vs Betis Plenty of surprises Lopetegui (left) and Rubi (right) LaLiga Sevilla and Real Betis are set to get the ball rolling in LaLiga Santander on Thursday. Julen Lopetegui has left out the likes of Suso, Nolito and Ever Banega from his starting eleven, while Rubi has dropped legend Joaquin […] 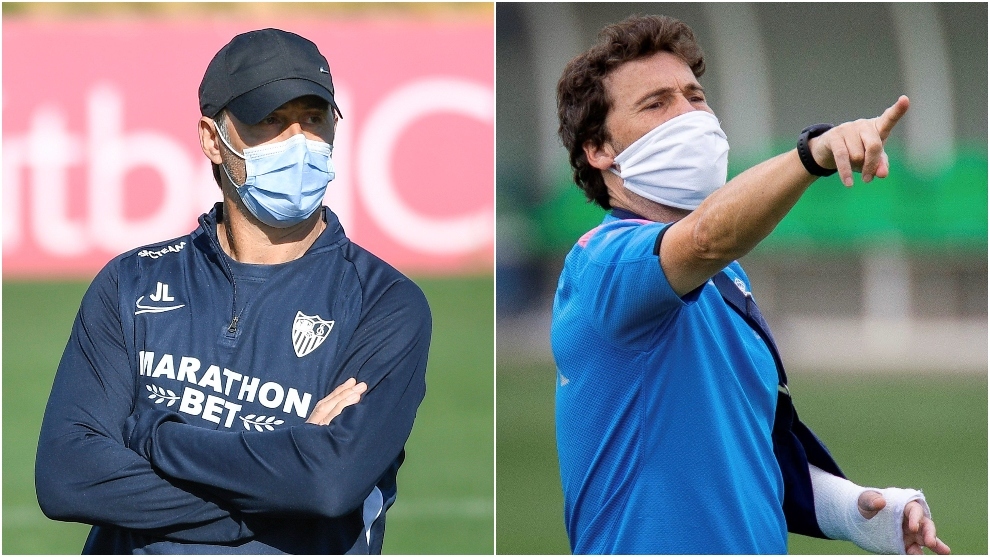