The Borussia Dortmund striker is looking forward to seeing how a fellow Norwegian fares in England, with the classy midfielder needing regular minutes

Mikel Arteta had made the addition of another creative midfielder a top priority for the Gunners during the January transfer window.

Various targets were mooted at Emirates Stadium, with a deal eventually put in place with Real Madrid for Odegaard.

The 22-year-old will be spending the rest of the season in north London, with a man who had been struggling for minutes under Zinedine Zidane hoping to rediscover his spark in the Premier League.

Norway international team-mate Haaland believes a creative talent that burst onto a senior stage at just 15 years of age is capable of making a positive impact in England, as long as Arteta gives him opportunities to thrive.

“It will be interesting. Arsenal are a big club in England,” Haaland told VG.

“It’s a bit different football [to what Real Madrid play], but I think he can fit in well with Mikel Arteta in the No.10 role.

“He can enjoy himself there. He has to get in there and simply start playing games.

“That’s what he needs. We know how good Odegaard can be.

“When he gains confidence with the ball, we know that the most incredible things can happen.”

Odegaard appears to have assurances from Arteta that he will figure prominently in the Spaniard’s plans, with a No.10 spot being sought at Arsenal despite Emile Smith Rowe shining over recent weeks.

“I spoke to him [Arteta] before coming here, of course,” Odegaard has told the Gunners’ official website.

“That was very important for me and he seems like a top manager and I liked his ideas, the way he sees football and also the way he is.

“He gave me a great feeling and that was important for me to come here. He was crucial.

“I think every time you go to a new place, you want to make sure that it feels good and that there is a plan. But I think everything here just seems good.

“I like the club and I always liked the way that the club wants to play.

Arsenal’s next outing, which could see Odegaard make his bow, sees them play host to old adversaries Manchester United – with the Red Devils due at the Emirates Stadium on Saturday.

Chan 2021: 'Uganda will be better in future after taking lessons' - McKinstry

Thu Jan 28 , 2021
Rwanda are the remaining East African team in the competition following Tanzania’s elimination on Wednesday night Uganda head coach Johnathan McKinstry conceded his team has now gained African Nations Championship experience and in the future, they will know what to expect. The Cranes crashed out of the competition after managing […] 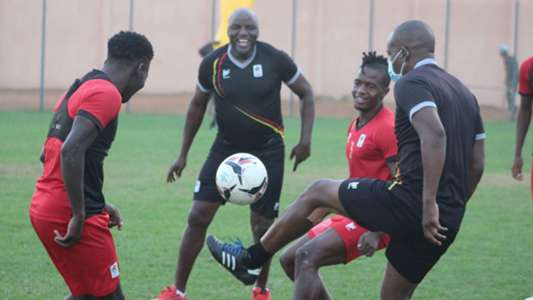