Gwambina FC have fired head coach Fulgence Novatus and his deputy Athuman Bilal after a series of inconsistent results in the Tanzania Mainland League.

The club confirmed the exit of the duo after 17 top tier games where they managed to collect 19 points.

The Mwanza-based side have further revealed their immediate plans as they embark on the process of searching for a new tactician to lead the team.

“The Gwambina management has fired the club’s entire technical bench made of head coach Fulgence Novatus and his assistant Athuman Bilal for unsatisfying results,” read a statement from the club and obtained by Goal.

“Khassain Salum and Seleman Kisendi will head the technical bench on an interim basis alongside the remaining officials.

“We take this opportunity to thank [Novatus and Bilal] for their time and services at the club and for helping us reach our current level.

“We also wish them the best in their future endeavours.”

The club, which was only founded a year ago, earned promotion with two matches to spare as they had accumulated 44 points from 20 matches.

Gwambina were promoted alongside Ihefu and Dodoma Jiji while Mbao FC were relegated alongside Alliance FC, Lipuli FC, Ndanda FC, and Singida United.

The team went on to sign 12 players in preparations for life in the Tanzanian top tier.

Others signed were Novartus Lufunga who played for Lipuli, Said Mkange from Sahare FC, Paul Nonga from Lipuli, Lameck Daniel from Biashara United, Japhet Makalai from Kagera Sugar and Miraji Saleh, who formerly were on the books off Stand United. 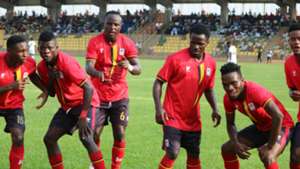