Ilkay Gundogan has hit nine goals for Manchester City in 2021, including four in his last two appearances, and puts a remarkable purple patch down to added “hunger” and a more advanced role.

The Germany international is enjoying the most productive campaign of his career to date in the final third, with the target found on 13 occasions in total.

He has never been that type of player, with assists more his thing as a creative playmaker, but Pep Guardiola has found a role for the 30-year-old that he appears perfectly suited to.

Trying to explain his increase in end product, Gundogan told CityTV: “I don’t really know to be honest what made the difference, I just feel like I am playing in a more offensive role.

“Maybe my hunger to arrive in the right spaces increased compared to the other seasons, but also I just play this offensive role now.

“I just try to help my team as much as possible, but not just offensively also defensively I try to be there, I try to win duels, I try to block shots, just where I’m needed.”

Prior to this season, Gundogan had hit 22 goals through four seasons at City.

He is now well past double figures in 2020-21, having never previously reached that mark.

He had never bettered that haul across spells at Nurnberg and Borussia Dortmund.

Gundogan has been Europe’s most in-form player over recent weeks, with few able to get close to matching his contribution in Manchester.

Guardiola was handed an injury scare during City’s 3-0 victory over Tottenham, as Gundogan was forced from the field after bagging a brace.

He was left out of the midweek win over Everton, with no risks being taken on his fitness, but is expected to come back into contention for the trip to Arsenal on Sunday.

It may be that a visit to Emirates Stadium comes too soon for him to earn a recall to the Blues’ starting XI, but he could be involved at some stage in north London.

Sat Feb 20 , 2021
The African stars endured mixed fortunes with their respective clubs in the English second-tier on Saturday John Obi Mikel featured in Stoke City’s 3-0 victory over Luton Town in Saturday’s Championship game at Bet365 Stadium. The former Nigeria international was handed his 23rrd league appearance since teaming up with the […] 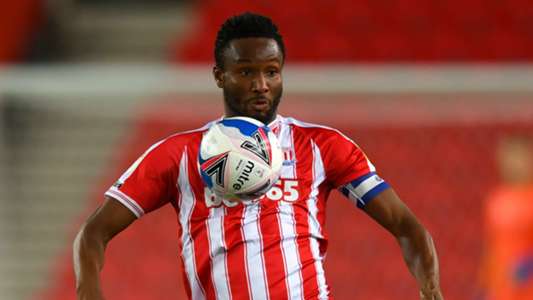