Pep Guardiola has warned his players that Liverpool can still catch Manchester City in the Premier League title race.

The reigning champions slipped 13 points behind City in the standings after losing 3-1 at Leicester City on Sunday, while Guardiola’s side picked up a comfortable 3-0 home win against Tottenham.

City also have a game in hand on fourth-placed Liverpool, but Guardiola is still refusing to rule them out of the running for English football’s top prize.

“From what I saw from the way they played against Leicester, we would have to lose games, but of course they can do it,” Guardiola told his post-match press conference. “It is the same Liverpool that I met in the last years. In the boxes they are not as clinical as before but the quality of their play is still there.”

Recent form suggests that Guardiola’s comments stem from his respect for Liverpool and Jurgen Klopp rather than any fact-based evidence they can still fight for the Premier League trophy.

Liverpool were top of the table on Christmas Day, but have only picked up two wins from ten games since then, with five losses and three draws.

The Reds have only scored nine goals during that period, and are now 30 points worse off than they were at the same stage last season.

In stark contrast, City have enjoyed an unprecedented winning run which has seen them re-emerge as the dominant force in the top-flight after a slow start to the 2020-21 campaign.

The Citizens have won 15 consecutive games across all competitions including 11 in the Premier League, scoring 43 goals while only conceding five at the other end of the pitch.

City are currently sitting seven points clear of second-placed Leicester having played a game less, with arch-rivals Manchester United a point further back after the same number of fixtures.

City will now look ahead to a meeting with Everton at Goodison Park on Wednesday, where they will have the chance to extend their lead at the top of the table.

Liverpool, meanwhile, are readying for a Champions League round of 16 first leg encounter against RB Leipzig, which is to be staged in Budapest due to coronavirus travel restrictions in Germany.

Caf Champions League: Mamelodi Sundowns were lucky that Al Hilal are not a good team - Vilakazi

Sun Feb 14 , 2021
The ex-Bafana Bafana star is surprised the Sudanese giants reached this stage of this competition Former Mamelodi Sundowns midfielder Benedict Vilakazi was not entirely convinced by his former club’s performance, saying Saturday’s 2-0 Caf Champions League victory over Al Hilal was due to a huge gulf in quality between the […] 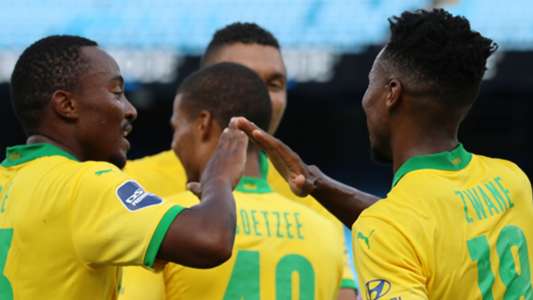