Pep Guardiola has told critics of Benjamin Mendy they should look in the mirror after the Manchester City left-back was caught breaking coronavirus rules.

As the virus surges in the UK, Mendy broke government rules by mixing households during a New Year’s Eve party on Thursday night.

Following the breach, Man City released a statement expressing their “disappointment” in the France defender.

“While it is understood that elements of this incident have been misinterpreted in the reports, and that the player has publicly apologised for his error, the club is disappointed to learn of the transgression and will be conducting an internal investigation,” the statement read.

Despite the club’s disappointment, Guardiola still named Mendy to his matchday squad on Sunday as City defeated Chelsea 3-1 at Stamford Bridge.

Speaking at his post-game press conference after Mendy was an unused sub, Guardiola hit out at critics of the 26-year-old’s actions.

“He had good intentions with the heart that he has, but he has to understand some things. He invited two or three people on New Year’s Eve, they all tested negative, but they were at his house. I would like to know how many people had five or six people at home on New Year’s Eve, I’m pretty sure many,” Guardiola said.

“Normally in society we judge the other one, it would be better if we judge ourselves. I’m pretty sure Benjamin will improve on that and next time he will be more careful.

“He broke the rules, I’m not justifying it, he cannot do it. But don’t give lessons to the other ones, don’t put examples from the players for society. We all have to do what we have to do.

“Of course it was not correct what he has done, but don’t judge him too much, if we look at what we have done New Year’s Eve, many, many people have maybe done the same.

“It’s easy to judge others.”

Guardiola added that he never considered leaving Mendy out of his squad for the trip to Stamford Bridge.

“He’s part of the group, he’s one of the good guys, he’s beloved in our group, he was one of the most active players in the stands. He’s a special guy for all of us and he has an incredible heart,” the Spaniard said.

Sun Jan 3 , 2021
The Marina Machans have one just once in seven games while Hyderabad are on a three-game losing run Chennaiyin and Hyderabad will be looking to turn their season around when they face each other in a mid-table clash at the GMC Stadium in Bambolim, on Monday evening. Game Chennaiyin vs Hyderabad Date Monday, […] 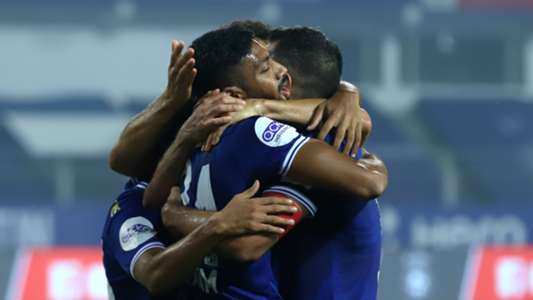