Manchester City head coach Pep Guardiola has offered a positive injury update on Ilkay Gundogan, saying the midfielder should be ready to face Arsenal on Sunday.

Gundogan missed Wednesday’s 3-1 victory over Everton with a slight groin muscle injury, as City made it 17 straight wins in all competitions.

But the Germany international, who suffered the injury against Tottenham last weekend, appears set to make a quick return.

“He is much, much better,” Guardiola said after the match at Goodison Park.

“It is not a big issue, but to avoid risk today, we have given him a few more days to recover.

“But for Arsenal and Borussia Monchengladbach he should be ready.

“Of course Gundo is exceptional. We spoke about that. If you want to win titles and finals we need the whole squad.”

The 30-year-old has put himself in contention for year-end awards with his play recently, having scored 11 goals in his last 12 Premier League games.

That tally has already surpassed his previous career high for league goals, set in 2018-19 when he netted six times for City.

With their win at Goodison Park, City have now won their first 10 Premier League matches of 2021. They are now the first English top-flight side to win their first 10 games of a calendar year.

Guardiola’s side also stretched their lead to 10 points atop the table, as they look to regain the Premier League title they lost to Liverpool last season.

What’s next for City

After Sunday’s match against the Gunners, City will face Borussia Monchengladbach in the Champions League last-16 first leg on Wednesday.

Thu Feb 18 , 2021
Three Spanish players were on target for the Gaurs as they reclaimed their position in the top-four… FC Goa got back to winning ways after six matches with a facile 3-1 win over Odisha FC in an Indian Super League (ISL) clash on Wednesday. With play-offs contenders Hyderabad FC and […] 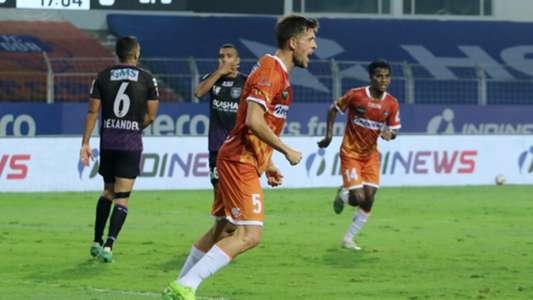