Pep Guardiola is confident that Sergio Aguero will have a big impact on Manchester City’s campaign despite the first half of his season being wrecked by illness and injury.

The striker has made just five appearances after recovering from knee surgery and suffering a hamstring injury soon after his first comeback.

Aguero is currently in self-isolation after testing positive for coronavirus following a four-match absence when he was forced to quarantine after coming into close contract with someone that had Covid-19.

But with half the season remaining, Guardiola insists the 32-year-old can make a big contribution – although he does not know when the former Atletico Madrid man will be available.

“I’m so optimistic. He is going to help us in the decisive moments, to give us the goals and the difference that we need. I’m so confident it’s going to happen,” the City boss said ahead of Tuesday’s clash with West Brom.

Aguero, who is out of contract at the end of season and with no announcement of a new deal yet, was set to make his comeback against Birmingham in the FA Cup on January 10.

But after spending so long away from the training ground, Guardiola is being careful with the forward’s latest return date.

“He needs the special sharpness and the first steps for this quality to score a goal, but it depends on him,” he added. “At the end, we’ll see him in the training session and on the pitch and it’s easy to realise if he’s fit or not.

“But hopefully he can help us with the special quality he has. That’s why he is one of the best strikers ever – not just in England – all the time in football history.”

Aguero admitted to struggling with coronavirus symptoms but Guardiola said the striker is starting to feel better.

“The important thing is when we texted him during the first three or four days he struggled, he felt so tired but today he sent a message to the backroom staff to say he feels much better,” Guardiola said.

“Now he needs to test negative and abide by the protocols and then start to come back here and move and see how he feels day-by-day.

“I cannot tell you [when he will be back], I don’t know how he will react in the first days when we start to train.”

City will also be without injured playmaker Kevin De Bruyne at the Hawthorns, where a victory will see them return to the top of the Premier League.

After a 10-game winning streak in all competitions, Guardiola insisted it was important that his players did not get ahead of themselves.

“I know all the predictions are who will be champions, how many points, how many games and you always look far away and that doesn’t work in this world,” he said.

“The best when you finish a good performance against Aston Villa is to focus on Cheltenham not West Bromwich, and now it is not about Sheffield United or Burnley but West Bromwich. This is the only concern.

“Focus on what is in front of your face and this is the only way. I never ask the players to win four, five, six games in a row, just win the next one and after we will see how many we can win.”

Tue Jan 26 , 2021
The Spurs winger impressed on Monday after being told he had to earn his chance at more minutes Jose Mourinho said he never even thought about taking Gareth Bale off during Tottenham’s win over Wycombe as the manager heaped praise on a player still pushing to earn a more consistent […] 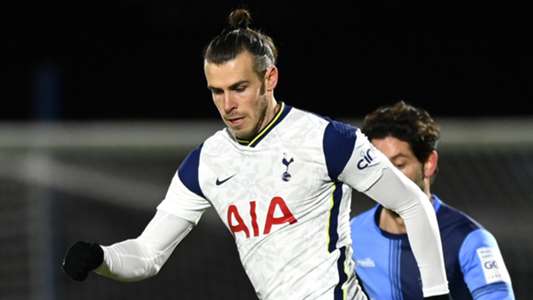