Pep Guardiola racked up his 200th win as Manchester City boss on Wednesday as his side dispatched Swansea City in their FA Cup tie.

Goals from Kyle Walker, Raheem Sterling and Gabriel Jesus saw City safely into the quarter-finals with a win in south Wales.

It also bought up a significant landmark for Guardiola, who has become a club idol in his four and a half seasons in charge.

Editors’ Picks
When did Guardiola arrive in England?

The Catalan took the City job in 2016 following brilliant spells in charge of Barcelona and Bayern Munich.

Guardiola’s four years in charge at Camp Nou yielded no less than 14 trophies, including two Champions League triumphs, while he added a further seven to his tally during three seasons in charge in Bavaria.

His arrival at Etihad Stadium generated huge expectation from the City faithful, and made a positive start by winning his first game in charge, 2-1 at home to Sunderland.

It was a sign of things to come as Guardiola’s new charges won all of the first 10 games he oversaw, before being held to a draw away to Celtic in the Champions League to end that run.

What has Pep achieved with City?

In this, his fifth season at the helm, Guardiola and City are odds-on to regain the Premier League title that was lost to Liverpool in 2019-20.

It would be his third league crown in the English top flight and ninth trophy overall, while City are also in contention for the FA Cup, Carabao Cup and Champions League this term.

That latter title, though, has remained elusive, as it did throughout his Bayern stay. City have not made it past the quarter-final stage since Pep took over, coming unstuck last year in an upset at the hands of Lyon.

Wed Feb 10 , 2021
The 37-year-old has returned to the city where he began his professional playing career in 2003 Former Manchester City and Barcelona midfielder Yaya Toure has been named an assistant coach at Ukrainian Premier League club Olimpik Donetsk. The 37-year-old has been in England securing his coaching badges and has now taken on […] 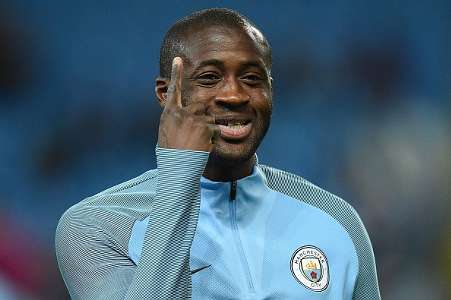