Manchester City midfielder Ilkay Gundogan will have a late fitness test ahead of the trip to Arsenal, Pep Guardiola has confirmed.

The German international missed Wednesday’s victory over Everton as a precaution after suffering a slight groin strain in the win over Tottenham four days earlier.

Guardiola also revealed that Nathan Ake has returned to training after being out since December 26 with a muscle injury.

“Nathan is back in training on the pitch alone and is closer to coming back,” the City boss told a news conference.

“And Gundo had part of training session – we’ll see tomorrow how the rest of them are.”

What other options does Guardiola have?

Kevin De Bruyne missed four weeks with a hamstring injury but came off the bench as a late substitute in the 3-1 victory over Everton.

Phil Foden switched to the midfield role at Goodsion Park, playing alongside Bernardo Silva, and Guardiola said he is getting accustomed to the role.

“He can play in both positions. I said many times he is so young,” Guardiola added. “Phil just needs time to improve playing inside.

“When he gets this balance, he will be 10 times more extraordinary as a player. It’s just a question of time.”

Can Guardiola rotate anywhere else?

City are facing a hectic fixture schedule with any run in the Champions League ensuring that they will play at least twice a week between now and the end of the season.

John Stones and Oleksandr Zinchenko were rested in the midweek clash and could come back into the side.

Striker Sergio Aguero was also in the squad with illness and injury wrecking the first half of his season but he is likely to be on the bench again as he builds up his match fitness.

‘It’s not the best weather ever!’ - Ancelotti responds to James Rodriguez exit talk at Everton

Fri Feb 19 , 2021
The Toffees boss claims to have no concerns regarding the Colombian playmaker, despite it being suggested that he has not settled in England Carlo Ancelotti has shrugged off reports claiming James Rodriguez feels unsettled in England and is considering a move elsewhere, with the Everton boss seeing nothing to suggest […] 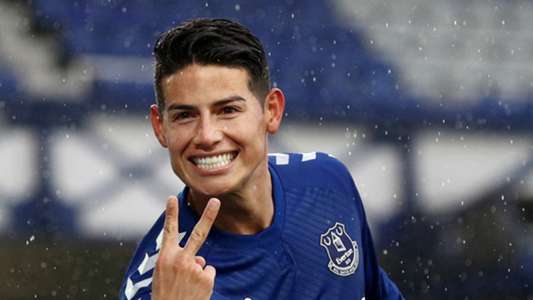