Pep Guardiola has taken Bernardo Silva’s game on to another level at Manchester City, according to former Portugal great Nuno Gomes.

He has since been an integral part of the side that Guardiola has guided to six of the past seven major domestic honours on offer, including back-to-back Premier League titles.

Silva was voted City’s player of the year in 2018-19 and went on to inspire Portugal to glory on home soil in the inaugural Nations League Finals.

Gomes told Stats Perform News he is a keen admirer of the 25-year-old.

“Bernardo is, for me at the moment, one of the best players that we have in Portugal,” he said.

“With Pep he’s improved a lot. I believe that Guardiola has said a lot of times that he is a massive fan of Bernardo Silva, and I believe Bernardo Silva, knowing that he has the trust and the confidence of the coach, he goes onto the field and he plays naturally, because he has a talent that is natural.”

As he did during Monaco’s run to the semi-finals of the Champions League in 2016-17, Silva has excelled roving in from the right flank at City.

However, injury problems for Kevin De Bruyne last term meant he also spent a lot of time operating on the right of a central midfield three and Gomes feels the defensive side of the playmaker’s game has come along considerably.

“He has improved also in terms of defending, the way that he pushes the opponent, [as well as] the way he can compromise [opposition] defensive situations, because with the ball he is one of the best,” he added.

“I believe with Pep Guardiola, he has already improved a lot in his style of play, and I’m a big fan of Bernardo Silva.”

Guardiola’s men host Arsenal on Wednesday when the Premier League resumes from the coronavirus shutdown.

Liverpool are poised to end City’s reign as champions, but Silva and his team-mates remain in contention in the Champions League and FA Cup.

Tue Jun 16 , 2020
The Dehradun-born player also recounted his journey as part of the AIFF Elite Academy… Even at a young age of 22, Chennaiyin FC’s Anirudh Thapa has established himself as one of the best midfielders in India, with consistent performances for both club and country. A lot of credit for Thapa’s […] 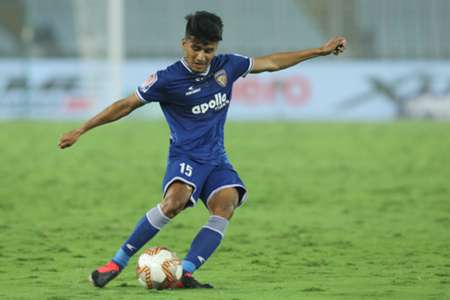