Manchester City manager Pep Guardiola has insisted he did not have any regrets over his team selection against Cheltenham, even when City were trailing in the second half to the League Two side.

Guardiola made 10 changes to the side that beat Aston Villa in the Premier League on Wednesday, with only Phil Foden retaining his place in the starting XI for the FA Cup fourth-round clash.

Such is the depth of City’s squad, he was still able to select the likes of Aymeric Laporte, Gabriel Jesus, Fernandinho and Riyad Mahrez from the start at the Jonny-Rocks Stadium.

There were anxious moments for Guardiola though, as Cheltenham took the lead through Alfie May with 30 minutes remaining.

Foden was the brightest player in the City side and he sparked a comeback with a goal on 81 minutes. Gabriel Jesus and Ferran Torres capped the comeback in a 3-1 win as Cheltenham tired in the final 10 minutes .

Guardiola said prior to the game that he would not take Cheltenham lightly, and he was happy with the team he selected on Saturday for a game that was halted for six minutes due to a fireworks display .

“I didn’t have regrets even when we were 1-0 down,” Guardiola told BBC Sport . “We had clear chances from the first minute. When they take advantage it gets complicated but we got it to 1-1 and it was tight. We came here with humility and had the quality to make the difference.”

City had to weather an aerial storm, and May’s goal came from a long throw into the box.

It was something Guardiola expected, as he added: “They used their quality in the box, they are taller and better than us there and we showed clips on how to solve it. It is difficult to control that.”

Foden continues to impress and he drew praise from his manager for his performance.

“Phil Foden is in a great moment and with great confidence,” Guardiola said. “He is clinical in front of goal and he had a similar chance to the goal we scored at Stamford Bridge and he is playing really well.”

City’s attentions now turn to West Brom, with Guardiola’s side travelling to The Hawthorns for a Premier League match on Tuesday.

Sat Jan 23 , 2021
The Scudetto hopefuls fell to just their second defeat of 2020-21, although the loss did not stop them from remaining top halfway through the season AC Milan forward Zlatan Ibrahimovic warned his team-mates they could not afford to rest on their laurels after seeing the Serie A winter champions collapse […] 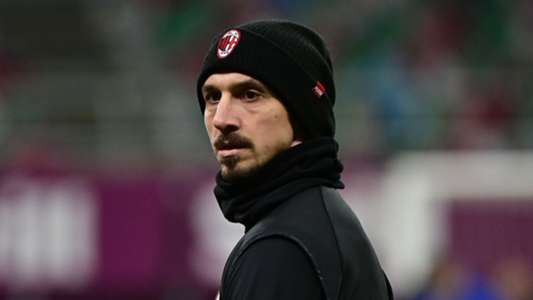