The Argentine striker is due to become a free agent next summer, but his manager says a renewal “depends on his physical condition”

Pep Guardiola has addressed Sergio Aguero’s contract situation at Manchester City, while admitting the Blues “miss him a lot” when he’s not fit to play.

Aguero has just entered the final year of his contract at the Etihad Stadium, having spent the last nine years of his career in Manchester.

The 32-year-old has hit 255 goals in 373 appearances for City during that time, becoming their all-time record scorer in the process, but injuries have often held him back from making an even greater contribution.

The Argentine made his return to action after four months out with a knee issue against Arsenal on October 17, and he netted his 40th Champions League goal four days later in a 3-1 win over Porto.

Aguero retained a spot in Guardiola’s starting XI for a clash with West Ham at the weekend, but extended his scoring drought in the Premier League to eight games as City were held to a 1-1 draw, while also picking up a fresh knock.

Guardiola confirmed that a prized asset could be set for another four weeks on the sidelines with a hamstring issue ahead of a trip to Marseille on Tuesday night.

The City boss was also asked whether or not City have opened talks with Aguero over a contract renewal, but he refused to be drawn on his future before expressing his frustration over the striker’s ongoing fitness problems.

“I don’t know, I don’t want to talk about it because I am not involved with this,” Guardiola told a pre-match press conference.

“If I should be involved in contracts, maybe the day should be 48 hours, not 24! What I want is for Sergio to be fit, what I want is Sergio [to] come back again, be ready as much as possible.

“We miss him a lot. What he has done for this club is outstanding, [he] will be a legend of this club, we want to enjoy him before but it depends on his physicality and his physical condition.”

After their latest European outing, City will start preparing for a must-win encounter away at Sheffield United on Saturday.

Guardiola’s men have slipped to 13th in the Premier League standings after five fixtures, but do have a game in hand on current league leaders Everton, who have 13 points to their name.

Tue Oct 27 , 2020
The Super Falcons have been without a coach since September last year and the striker was elated by the American’s appointment Francisca Ordega has backed Randy Wandrum to succeed as Nigeria’s women team coach, conceding the wait for his engagement took longer than expected. The Super Falcons had gone without […] 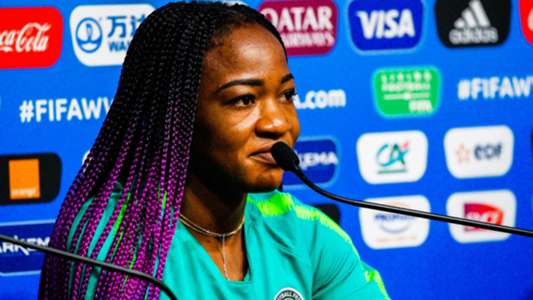