The highly-rated forward found the target on 17 occasions in 2019-20, but his manager remains happy with ongoing development at Old Trafford

Mason Greenwood is “over his dip” at Manchester United, says Ole Gunnar Solskjaer, with the Red Devils boss pleased with the teenager’s progress this season despite seeing him score just four goals.

A highly-rated product of the famed Old Trafford academy system enjoyed a breakthrough campaign in 2019-20, with the target found on 17 occasions through 49 appearances in all competitions.

Greenwood has been finding the going a little tougher this time around, but his manager believes positive steps are being taken in the right direction by a promising forward who remains a work in progress.

“He’s improved and matured immensely, and he’s working with some of the top forwards in the country, of course,” Solskjaer told reporters ahead of an FA Cup fifth-round clash with West Ham on Tuesday.

“He’s learning off them, and it’s exciting to see that he’s come over his blip and is playing really well.

What are Greenwood’s stats this season?

The teenage frontman has made 27 appearances in the 2020-21 campaign, with those outings coming in domestic and continental competition.

His four goals have been spread across the Premier League, Champions League, Carabao Cup and FA Cup.

A solitary effort in the English top flight was registered in a meeting with West Ham on December 5, with 10 outings taken in since then without finding the target.

Greenwood has, however, looked lively across recent fixtures and contributed his fifth assist of the season during United’s 9-0 mauling of Southampton.

Greenwood faces fierce competition for places at Old Trafford and continues to be used in a wide attacking role by Solskjaer.

The general consensus is that he will fill a central striking berth in time, with Edinson Cavani and Anthony Martial battling for that number nine spot at present.

That is leaving Greenwood to focus on life on the flanks, with the England hopeful – who already has one senior cap to his name – looking to prove that he can help the likes of Bruno Fernandes, Paul Pogba and Marcus Rashford carry the weight of creative responsibility at United.

Tue Feb 9 , 2021
The World Cup winner has seen his left knee operated on, with it expected that the long-serving centre-half will sit out six weeks at the Bernabeu Sergio Ramos admits he had “no other option” but to undergo surgery on his knee, with the Real Madrid captain facing up to six […] 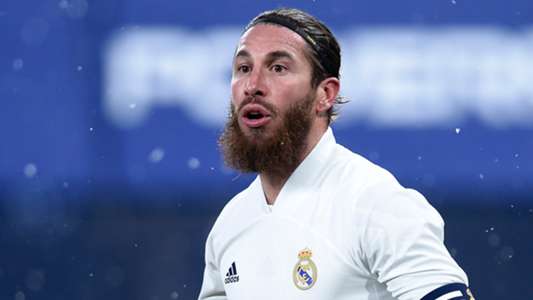