Jack Grealish has been branded “Lionel Messi with a right foot” by Emi Martinez, with the Aston Villa goalkeeper claiming the talented midfielder is the best player he has worked with.

The Argentine shot-stopper spent 10 years with Arsenal before making a move to the West Midlands in 2020, but says he saw nothing in north London that lives up to his current colleague.

Grealish has become a talismanic presence for Villa, as club captain and a senior England international, and Martinez believes his value and ability is comparable to a Barcelona icon.

“He is the most talented player I’ve ever seen,” Martinez has told talkSPORT of Grealish.

“He never gives the ball away. When I see Grealish running, it’s always a shot on target or a corner for us. He will drive past two or three players.

“I just see Messi with a right foot when he has the ball. You can’t get the ball off him. He’s the most talented English player and I’m surprised he hasn’t played more games for England.

“Messi is Messi, he’s the best ever. But in terms of training, when Jack has the ball, people don’t want to tackle him, they respect him, he can finish, he can chop, he can do everything.

“When I train with Messi for the national team, it’s the same. Nobody wants to touch him, he chops people, he treats players like cones. I see that with Jack here.”

Pressed further on where Grealish would rank alongside the likes of Mesut Ozil and Pierre-Emerick Aubameyang, Martinez added: “He’s the most talented player I’ve ever seen, so I’d put him a step ahead of them.”

Why is Grealish so highly regarded?

Questions were once asked of whether an enigmatic playmaker boasted the physical and mental strength to cut it at the very top of the English game.

Grealish has silenced those doubters in style, with his efforts inspiring Villa to promotion back into the Premier League during the 2018-19 campaign.

He has not looked out of place among the elite, with international recognition and a lucrative new contract coming his way after helping Dean Smith’s side to survival last season.

The 25-year-old has kicked on again in the current campaign, to spark talk of further interest from elsewhere, with seven goals and 10 assists recorded through 22 appearances.

Fri Feb 12 , 2021
Burnley head to Selhurst Park in search of a win that could see them go 11 points clear of the bottom three Source of the article 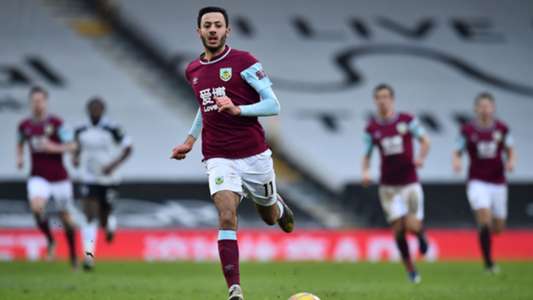