The 18-year-old midfielder has enjoyed a meteoric rise to prominence, but has been advised against rushing his future development

Ryan Gravenberch has been urged by his father to spend at least one more season at Ajax, with the 18-year-old midfielder told to shun the admiring glances that are said to have been shot in his direction by Chelsea and Liverpool.

The talented teenager has seen his stock skyrocket across Europe after enjoying a meteoric rise to prominence – one that has made him an Eredivisie title winner and senior Netherlands international.

Interest in such potential is to be expected, with Premier League heavyweights reported to be heading an ever-growing list of suitors, but a youngster that finished seventh on the 2021 Goal NXGN list is being advised against rushing his future development.

Gravenberch’s father, Ryan Snr, has told Ajax Showtime as transfer rumours rage around his son: “He has to take that last step at Ajax. He just has to and he hasn’t done that yet.

“I want him to fully mature at Ajax, so as far as I’m concerned he will just stay at Ajax.

“He has only played one full season now and that was of course quite good, but next season he will have to play even better.

“Then, despite his age, he really must be one of the key players, especially if he plays in the European Championship [with the Netherlands].

“Next season, he will not get away with it in the dressing room if he plays poorly several games in a row.

“I really think he should take a step at Ajax first. He has to climb in the hierarchy and stand up more for himself within the squad.

“I’m not going to push him to do that, that makes no sense to Ryan. But he also realises that. He also thinks it is best for him to stay at Ajax.”

Why is Gravenberch in demand?

One of the hottest prospects in world football has started 29 of Ajax’s 31 Eredivisie fixtures this season, as they have reclaimed a domestic title, and made 44 appearances across all competitions.

Within those outings, a player of considerable promise has registered five goals and six assists.

A senior debut for the Netherlands was made in March, as he collected the first of three caps, and the expectation is that Gravenberch will figure prominently in Frank de Boer’s plans for this summer’s Euros.

Tue May 4 , 2021
The Bafana Bafana captain has come under fire for some errors made in recent games but the German tactician is singing in his corner Orlando Pirates coach Josef Zinnbauer has said he still trusts and needs “big player” Thulani Hlatswayo despite the defender’s costly mistakes which he says are nothing […] 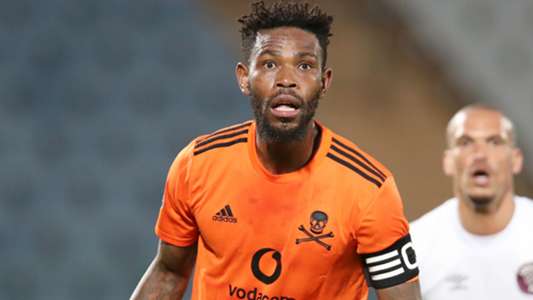