AFC Leopards picked a rare point against Gor Mahia after holding their Mashemeji derby rivals to a 0-0 draw in a Football Kenya Federation Premier League tie at Kasarani on Sunday.

The draw is the 32nd between K’Ogalo and Ingwe since they first met in 1968 and it is the first goalless result since 2017 when they shared the spoils in the second game of the league then.

Collins Shichenje was booked in the 10th minute after he fouled Kenneth Muguna as the game turned into a more physical confrontation in the early moments.

Samuel Onyango was also booked in the 15th minute when his stretched foot caught Austin Odhiambo who was lucky enough to proceed with the game after the harsh challenge.

Nicholas Kipkirui – who announced himself with a brace in the derby after joining from Zoo FC in the 2018/19 season – was unable to break the deadlock in the 28th minute when his feeble shot from an advantageous position was collected by Benjamin Ochan.

AFC Leopards survived in the 30th minute when Ochan moved out of his line and failed to clear a ball put on Jules Ulimwengu’s path by Philemon Otieno. The Burundian headed towards goal but Lewis Bandi – who has turned out to be a dependable full-back since making his debut against Kariobangi Sharks – cleared the ball while it was about to cross the line.

With Gor Mahia launching more attacks than their rivals, AFC Leopards – on the other hand – were superb in clearing the dangerous aerial crosses directed into their area especially by Geoffrey Ochieng’s throw-ins.

Kipkirui thought he was onside in the 53rd minute when he was put through on goal by Muguna but the assistant referee cut short his speedy move towards AFC Leopards’ area with a raised flag.

Onyango’s swift movement saw him evade roadblocks mounted by Ingwe defenders and he was able to pick Alpha Onyango in an open space but the youngsters’ shot was dealt with capably by Ochan in the 56th minute.

Ingwe’s Bienvenue Shaka’s strike from outside the penalty box went slightly above the bar in the 69th minute after Harrison Mwendwa beat Ochieng on the left flank and set up a low cross for him.

The introduction of Mwendwa in the second half revitalised AFC Leopards especially along the left-wing and Gor Mahia were lucky not to concede from three crosses and an effort – which flew over the bar slightly – in the last minutes of the tie. 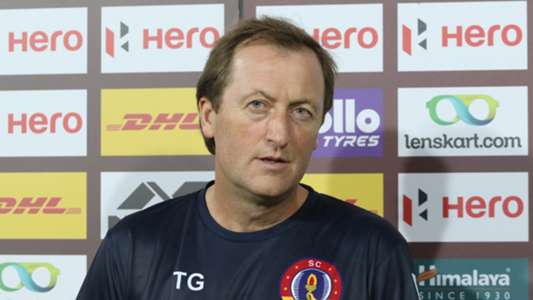