Winger Samuel Onyango scored the opener for Gor Mahia before Kenneth Muguna added the second to hand the reigning champions victory and a clean sheet. A clinical strike in the additional minutes from Sydney Ochieng sealed the victory for the record league champions.

Onyango’s goal came in the 10th minute after a good display by the local giants who were dominant against the Kericho club in the first quarter of the encounter.

Muguna doubled the lead two minutes after the half-hour mark as Zoo failed to clear the danger even though they had men inside the penalty box.

Jules Ulimwengu who scored the third goal for K’Ogalo, was unable to tap home from close range after Muguna and Clifton Miheso’s good build-up in the 40th minute. In the second minute off added time of the first half, Onyango’s brilliant move into the box would have resulted in yet another goal but his cross was powerful for Uliwemgu to control and fire into the net.

Zoo almost got the first goal when Geoffrey Gichana spotted Boniface Oluoch off his line but his free-kick hit the crossbar to save the goalkeeper from conceding and taking the blame for poor positioning in the 50th minute.

Tito Okello came close to scoring in the 80th minute after he was sent through by Nicholas Kipkirui but his shot went out from close range.

After failing to capitalise on a number of good chances, Gor Mahia earned the third goal in the fourth minute of added time through Ochieng who curled home a nice shot.

As K’Ogalo picked the win, Zoo will visit Nzoia Sugar on January 31 in search of a first win of the season.

The Soldiers grabbed the lead in the seventh minute when Michael Otieno’s cross found Daniel Waweru who launched a rather feeble shot that goalkeeper Job Ochieng failed to deal with and conceded in the process.

Elvis Nandwa doubled the lead for the 2010 champions in the 71st minute after he collected Masita Masuta’s cross and headed past Ochieng. Daniel Otieno scored the only goal for the Slum Boys in the 88th minute as they recorded yet another loss.

Wed Jan 27 , 2021
The 27-year-old star has completed his switch to Wankulukuku on a one-year contract after leaving the Lugogo-based giants Express FC have confirmed the signing of Muzamiru Mutyaba ahead of the resumption of the Ugandan Premier League. The former KCCA FC midfielder has penned a short-term deal to join the Red […] 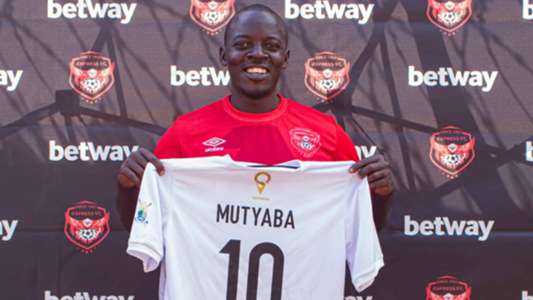