Simba SC have confirmed they are still waiting for the International Transfer Certificate for new signing Perfect Chikwende.

The Zimbabwean striker arrived at Msimbazi on the deadline day for the mid-season transfer window from FC Platinum after impressing against them in the Caf Champions League.

Chikwende scored for Platinum during the first meeting staged at National Sports Stadium in Harare but Simba turned on the screw in the return leg as they won 4-0 to advance to the group stage of the competition on a 4-1 aggregate scoreline.

The burly striker was then unveiled three days later after the Caf assignment but according to the club’s CEO Barbara Gonzalez, they are yet to get his clearance from Zimbabwe.

“The Zimbabwean federation has been very slow in terms of confirming and responding to this but I believe that between the next two or three days it may arrive,” Gonzalez told Goal.

Gonzalez further confirmed they have already received the transfer certificates for the other new signings.

“We are still waiting for the ITC to arrive, we have already completed everything on our part, especially on the network, so it is upon Zimbabwe federation to speed up the process,” she added.

“You can see with the other new players Lokosa [Junior] from Nigeria we have already received his ITC and he will now be available to play for us in both the league and Champions League.”

Simba are currently taking part in the Simba Super Cup where they opened their campaign with a 4-1 win against Al-Hilal from Sudan.

In the match staged at Benjamin Mkapa Stadium, Simba scored their goals through Chikwende, Larry Bwalya, and Ghanaian midfielder Bernard Morrison, who scored a double.

The Super Cup tournament was organised by Simba to help them prepare for the Champions League group stage matches where they have been drawn to play defending champions Al-Ahly of Egypt, AS Vita from the Democratic Republic of the Congo, and Sudanese giants Al-Merrikh in Group A of the competition.

Apart from Al-Hilal, the other team taking part in the Simba Super Cup is Tout Puissant Mazembe, also from DRC.

Fri Jan 29 , 2021
The Spanish coach has taken note of the Highlanders recent surge in performance since losing against them in their season opener… Mumbai City FC have not lost a game since losing to NorthEast United in their first game of the 2020-21 Indian Super League (ISL). The two teams face each […] 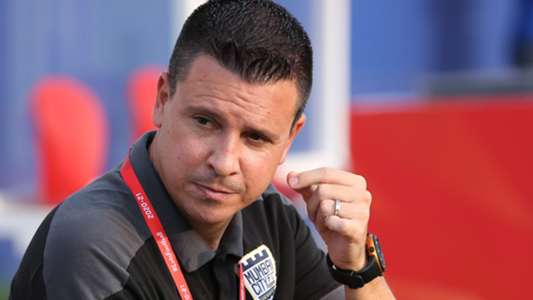