Fresh from edging traditional rivals Kaizer Chiefs 2-1, Pirates will be playing their 16th match of the season hoping to launch a consistent run in their league campaign.

The victory over Chiefs came after a run of mixed results but Josef Zinnbauer’s men might have gained a spring in their step after their derby exploits.

Having returned to position four on the standings, Pirates face an Arrows side that has played two games fewer than them and is three points below at sixth spot.

Losing this match will see the Buccaneers dropping one rung down while Abafana Bes’thende would replace them in fourth position.

Golden Arrows coach Mandla Ncikazi, who has established Abafana Bes’thende as a highly competitive side, welcome back defender Nkosinathi Sibisi from suspension.

Sibisi has been a regular for Arrows but missed the KZN derby, the 2-1 win over Maritzburg United last Saturday, which was the only match he has not featured in this season.

His return boosts selection options for Ncikazi’s defence which has conceded 13 goals in as many games.

Captain Matome Mathiane is ruled out of the Pirates match after getting injured against Maritzburg while right-back Siyabonga Dube edges closer to return from a rib injury.

Pirates’ coach Zinnbauer has a wide pool to choose his defenders from following the return of Innocent Maela from suspension.

Maela has been used either as a centre-back or a left-back this season and his return makes Pirates’ defence near complete with Abel Mabaso the only one out injured.

Forwards Zakhele Lepasa and Tshegofatso Mabasa are edging closer to full fitness but will not be available for selection on Tuesday.

Abafana Bes’thende have this season shared spoils with log leaders Mamelodi Sundowns (1-1), Kaizer Chiefs (2-2) and Orlando Pirates whom they held to a 0-0 draw away at Orlando Stadium less than two weeks ago on January 20.

But amid their impressive season, Arrows have been undone by seven draws, a number they share with Pirates and third-placed Swallows FC.

Having not lost at home in seven games this term, Arrows’ bid to keep their home record intact will be put to the test by a Pirates side they frustrated in Soweto.

Pirates have not been bad travellers this term, having won three of their seven matches on the road including a 1-0 win over Maritzburg at Harry Gwala Stadium on January 23.

But the Buccaneers have been denied victory away at home four times including a 2-0 defeat by basement side Black Leopards as well as the 1-1 draw against Arrows’ KZN rivals AmaZulu in their first match of the season.

However, Zinnbauer and his men arrive in Durban on the backdrop of a four-match unbeaten streak but would be seeking to spark a series of wins.

Tue Feb 2 , 2021
The Harambee Stars striker has called on Kenyans in the Gulf to attend their matches after he switched from Japan Kenya international Michael Olunga has sent a passionate appeal to Kenyans living in Qatar to support Al Duhail SC. The towering striker made a transfer switch from Kashiwa Reysol of […] 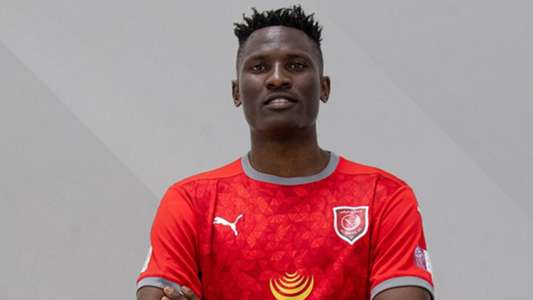