Mathare United head coach Salim Ali has revealed the main reason that has seen his side post poor results in the Football Kenya Federation Premier League.

The Slum Boys were handed a third loss of the season when they fell 2-1 to Ulinzi Stars on Wednesday at Afraha Stadium.

“In all the losses we have suffered this season, one thing has occurred over and over again and that is we are conceding early in these games,” Salim said as was quoted by the club’s Facebook page.

“We are finding it hard to come back in games after going down early and we need to put a halt to this immediately.”

The club stated their inability to keep the opponents at bay in the opening minutes has been giving their rivals an upper hand in the past contests.

“In games against Sofapaka, Gor Mahia and now Ulinzi, Mathare have conceded the first goal inside the opening 12 minutes and this has given the opposition the perfect stability to ensure a win,” the statement added.

“Though this strategy has worked against us in the three games, it worked in our benefit when we deployed it and won against Zoo FC. Scoring twice inside the first 12 minutes to secure a 2-0 victory.”

Salim added the problem lies at the back as the striking department has been efficient.

“There has been one positive so far and that is we are not having problems scoring goals,” he added.

“It is defensively where more work has to be put in. We haven’t been the first on the scoresheet in any game except the one against Zoo, and with that game, you can see what can happen when we take the initiative early.

“So we need to do more of that and be exertive from the start.”

The Slum Boys will be up against Tusker in the next game. It is expected to be another tough match for the 2008 champions given the Ruaraka side looks a stronger opponent as they have fought their way up the ladder and are now in second place with 20 points just one below leaders KCB.

Thu Jan 28 , 2021
Ghana international David Accam has sealed a transfer to Swedish elite division side Hammarby, the club has announced.  The attacker joins Bajen on a season-long loan deal from Major Soccer League side Nashville, with the option of a one-year extension at the end of the initial period.  The switch marks […] 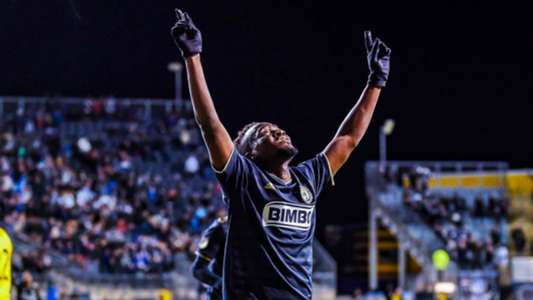