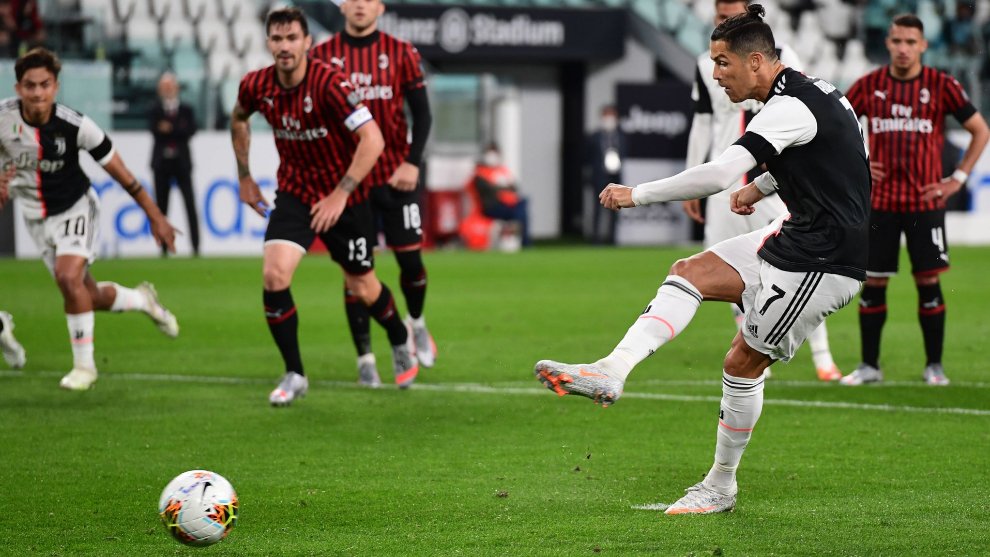 Juventus will take on Inter or Napoli in the final of the Coppa Italia, with a 0-0 draw in their semi-final second leg against AC Milan enough to see them through.

Having drawn the first leg 1-1 back in February, before the coronavirus halt, Juve progressed on away goals.

Juventus’ decisive first leg goal was scored from the penalty spot by Cristiano Ronaldo, but the Portuguese missed a spot kick 14 minutes into the second leg.

Referee Daniele Orsato awarded a spot kick to the home side, after consulting VAR when the ball struck the arm of Andrea Conti.

The Portuguese superstar stepped up and smashed the ball off the post.

AC Milan might have survived that, but as the Rossoneri cleared the ball Ante Rebic was given a straight red card for a karate-style challenge on Danilo, which saw his boot land squarely in the chest of the Brazilian. 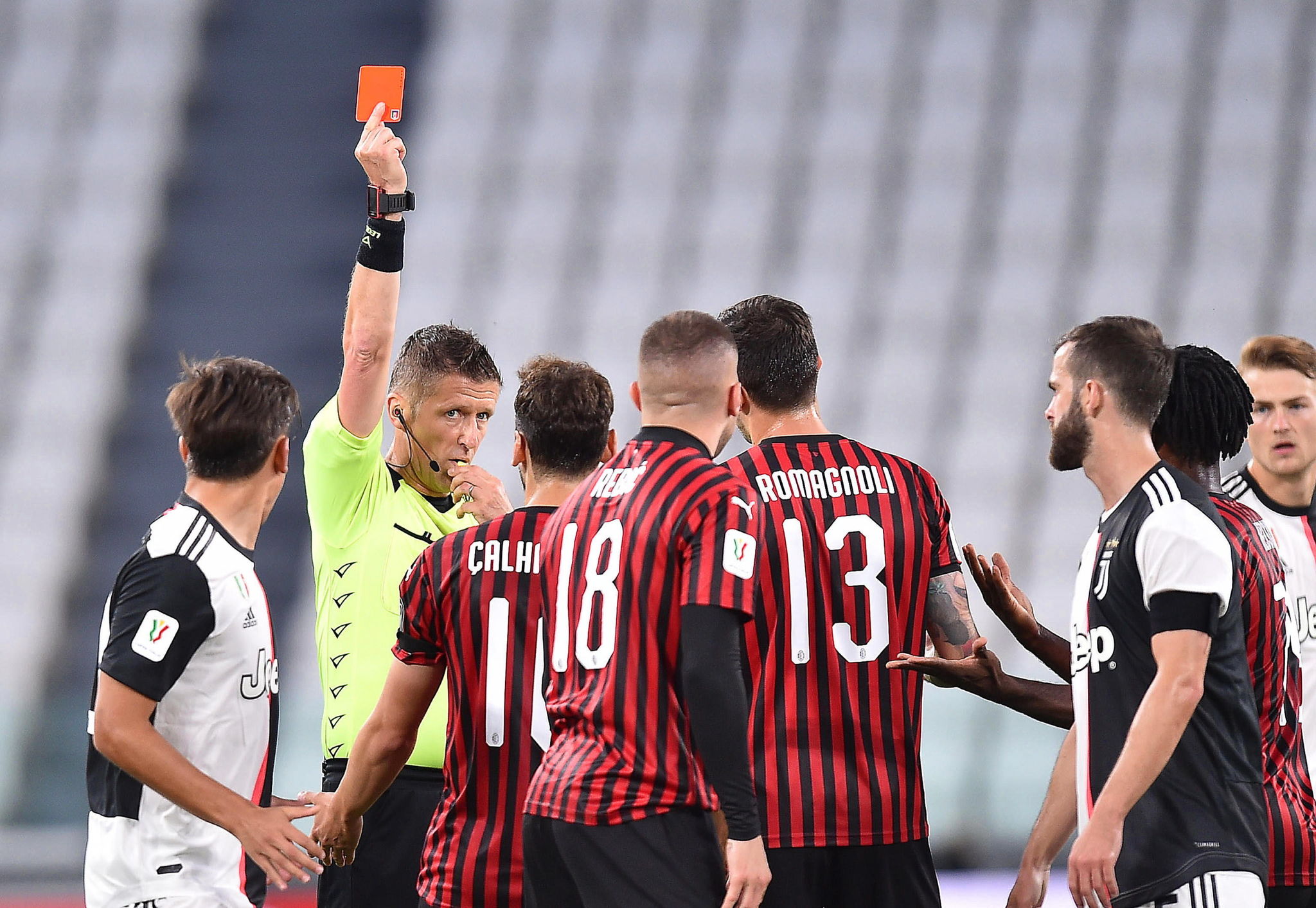 There were just 13 seconds between the penalty miss and Rebic trying to take Danilo’s head off, and it resulted in one way traffic for the rest of the half.

Gianluigi Donnarumma kept AC Milan in the game with an excellent point blank save on a Blaise Matuidi effort from inside the penalty area, before he then denied Ronaldo who tried his luck from range.

After the break, Hakan Calhanoglu headed a Giacomo Bonaventura cross just wide of the post, while at the other end Paulo Dybala had a strike blocked by Franck Kessie.

Both sides struggled to create chances as the second half wore on.

Juventus had the majority of possession, and AC Milan were dangerous on the counter-attack.

Simon Kjaer headed wide, before Dybala tested Donnarumma with a curling effort, but it remained goalless in the first match back in Italy since the coronavirus crisis brought about a three-month break.

The other semi-final second leg takes place between Napoli and Inter on Saturday, with Napoli holding a 1-0 lead.

NBA player on season restart: "Once we start playing basketball again, the news will turn from systemic racism to 'who did what' in the game last night"