The highly-rated 20-year-old winger is enjoying a productive loan spell at Eibar, but he remains tied to a long-term contract at Sevilla

Bryan Gil has welcomed talk of interest from Barcelona and comparisons to Brazilian superstar Neymar, but the 20-year-old is eager to avoid getting caught up in his own hype.

A productive loan spell at Eibar has brought the promising winger to the attention of leading sides in his native Spain and further afield.

Some have suggested that his game is similar to that of Paris Saint-Germain forward Neymar, a player the youngster greatly admires, but he is tied to a long-term contract at parent club Sevilla and wants to avoid being dragged into a debate regarding his future.

Gil has told El Larguero on reports of admiring glances being shot in his direction from Camp Nou: “You like being on the agenda of one of the best in the world but I have a contract with Sevilla until 2023 and that is up to my agent.”

He added on being likened to Neymar: “He’s one of my favourite footballers but when you see that you say, ‘damn’.

“For now I don’t think I can be compared. But I’m not much of a listener to the news. You come home and you know if you have played well or badly. No one needs to tell you.”

Why is Gil in demand?

The highly-rated youngster is already a Spain Under-21 international and has seen senior international recognition mooted ahead of this summer’s European Championship.

He has registered three goals and as many assists through 17 appearances in all competitions this season, with his stock soaring as he continues to catch the eye.

Links to Barca come as no surprise, but they already have a number of promising forwards on their books – such as Ansu Fati and Pedri.

The Camp Nou giants are also enduring financial difficulties, following the revelation that they are €1.2 billion (£1.1bn/$1.5bn) in debt, and finding the funds to make any additions in upcoming windows is going to prove difficult.

Tue Feb 16 , 2021
The Germany international suffered a slight muscle injury in Saturday’s victory over Tottenham but there is better news about his team-mates Manchester City are set to be without Ilkay Gundogan for their Premier League clash with Everton but Pep Guardiola has revealed that Sergio Aguero and Kevin De Bruyne have […] 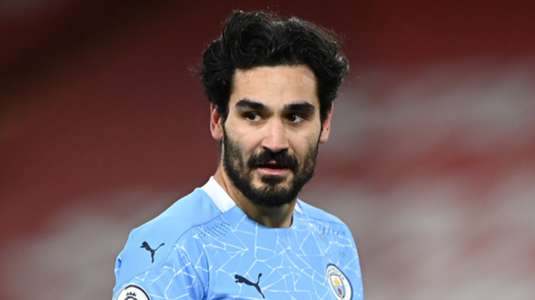