Simba CEO Barbara Gonzalez has explained the club has not yet sealed the services of Doxa Gikanji to avoid rendering him ineligible for the ongoing African Nations Championship.

The midfielder is part of the Democratic Republic of Congo squad that has qualified for the quarter-finals of the biennial competition in Cameroon.

The administrator has further insisted everything regarding the player has been finalized.

“We have discussed everything and reached an agreement with Gikanji,” Barbara told Clouds FM.

“We had expected to complete his signing earlier but now that DR Congo have qualified to the last eight of the competition, we cannot do it.

“If we push and sign him, he will automatically be disqualified from the competition because it is meant for players who are plying trade in their respective domestic leagues.

“Now that DR Congo are in quarters, maybe we wait until early February before we seal his services.”

The 30-year-old has also told off rivals Yanga SC, who are still pushing for the club to be punished for signing Ghanaian forward Bernard Morrison, who they claim had a legit running contract.

“Yanga are like pushing to be reunited with a lover who has decided to move on already,” Barbara continued.

“They are still fighting for someone who has moved on and does not want to be with them. It does not make sense.

“Nevertheless, the case is on-going and our legal department is dealing with it.”

Barbara has further explained the role of the new Wekundu wa Msimbazi forward Perfect Chikwende, who was signed from FC Platinum of Zimbabwe.

“We have signed Chikwende specifically for the Tanzania Mainland League duties. That is where he will be helping us; he will not play a role in Caf Champions League competition,” she added.

The forward was part of the Platinum team that was eliminated from the Champions League by the East African heavyweights after a 4-1 aggregate win in a two-legged affair.

In the group stage of the Champions League, Simba have been drawn in Group A alongside Al-Ahly of Egypt, AS Vita from the Democratic Republic of the Congo, and Sudanese giants Al-Merrikh.

Fri Jan 29 , 2021
The Nigerian added to her goal tally for her Israeli topflight side, with the match winner against Hapoel Be’er Sheba Uchechi Sunday netted the solitary goal for Maccabi Kiryat Gat as her side claimed a 1-0 victory over Hapoel Be’er Sheva on Thursday. The Nigeria international enjoyed a winning debut […] 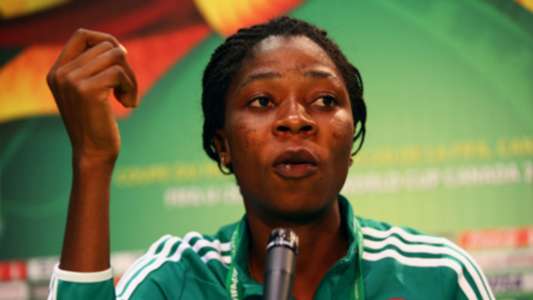