Asieche, who left Batoto ba Mungu and signed a long-term deal with Wazito, according to Gicheru, is expected to bring his experience and help his new club become an even stronger outfit.

“He is a quality midfielder,” Gicheru said as was quoted by the club’s website.

“He brings a wealth of experience to the team and I am confident that he will thrive here. The coach recommended that we get him because he knows his qualities and we are glad to have him here, he makes our team stronger.”

Asieche, whose exit has now been explained by Sofapaka president Elly Kalekwa, stated why he chose Wazito over any other club.

“Wazito were an easy choice because it is a team with a good structure,” he stated. “I also have friends in the team and I felt that it would help me settle easily. I am here to create and score goals for the team.

“I am also excited to work with coach Francis Kimanzi who understands me and I will give my best in Wazito colours,”

Erick Otieno was another player signed by Wazito and Gicheru is confident the starlet will grow and be even better while at the club.

“Erick is a young, hungry player and I believe with the aid of our head coach and his technical team he will develop further, he will learn new things, and become a better striker,” the CEO added.

“My challenge to him is to keep working hard, let him learn as much as he can, and grow. I wish him all the best.”

“Levis is a quality keeper who will bring competition to our goalkeeping department,” the club’s top official said. “He has played for big teams and that says a lot about his quality. I challenge him to earn his place in the team.

“We had just one left-back [Dennis Ng’ang’a] in the team,” he said on Odhiambo’s signing. “The arrival of John will bring competition to that department. He is a good player and having him on board gives our head coach options.”

Wazito had also confirmed striker Joe Waithira left after a mutual agreement with the club.

Thu Feb 4 , 2021
The 25-year-old could get his first Premier League start at Villa Park with Bernd Leno suspended and Mat Ryan struggling with injury Mikel Arteta has backed Alex Runarsson to cope with the pressure if he has to start in goal for Arsenal against Aston Villa on Saturday. The Gunners will […] 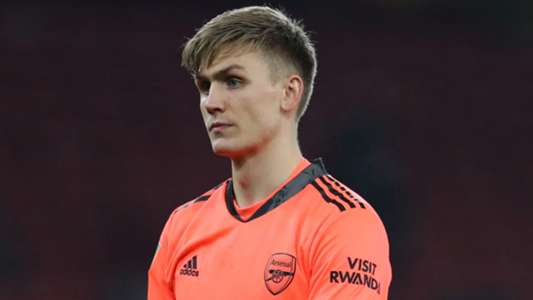