Ghana have drawn Morocco for the upcoming Africa U20 Cup of Nations in Mauritania.

The Black Satellites have been pitted against the young Atlas Lions in Group C, which also includes Gambia and Tanzania.

In Group A, hosts Mauritania have been pitched against Cameroon, Uganda and Mozambique while Burkina Faso, Tunisia, Namibia and Central Africa Republic have been drawn in Group B.

The tournament runs between February 14 and March 4.

The competition was to serve as qualifiers for the 2021 Fifa U20 World Cup in Indonesia but the global championship, together with the U17 World Cup in Peru, have been cancelled due to health and safety concerns in relation to the coronavirus pandemic.

Ordinarily, the top four teams at Afcon would have represented the continent at these World Cups.

Ghana qualified for the U20 World Cup after reaching the final of the 2019 Wafu Zone B U20 Cup of Nations in Benin where they went on to beat Burkina Faso 2-1 in the final to win the trophy.

En route to the final, the Black Satellites beat archrivals Nigeria 1-0 in their group opener before falling 1-0 to Cote d’Ivoire to finish second in a three-team Group B.

In the semi-final, Ghana had to do it the hard way as it took a penalty shoot-out (5-3 win) to edge Niger, the match having ended 0-0 after extra time.

Ghana were looking to go all the way to qualify for the World Cup for the first time since reaching the Round of 16 of the 2015 tournament in New Zealand.

In 2017, the Black Satellites failed to qualify for the African Champion in 2017. Two years later, the three-time champions reached the continental gathering but failed to go beyond the group stage, thereby unable to pick one of the four available World Cup qualification tickets.

Mon Jan 25 , 2021
The towering forward has been unveiled at the Japanese top-tier side from Albania in a one-year deal Kenya international Ismael Dunga has finally sealed his much-talked-about transfer move to Japanese top-tier side Sagan Tosu. The transfer of the former Tusker forward has been speculative since January 9 when it was reported the […] 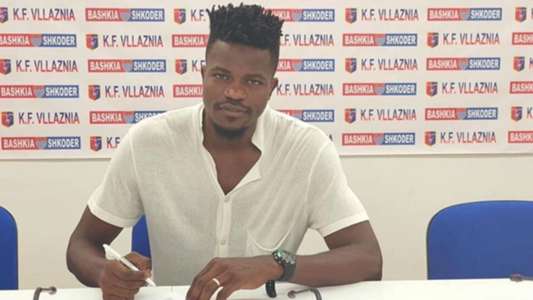