Ghana U17 coach Ben Fokuo is not perturbed by the losing outcome of Monday’s international friendly defeat to Morocco.

In the first of back-to-back fixtures in Rabat, the Black Starlets ended as the unfortunate side as they suffered a 2-1 loss, going 2-0 down early before halving the deficit after half-time.

Ghana have a prompt opportunity to make amends on Thursday when they clash with their Moroccan counterparts in the second game on Thursday.

“I think in the early stages of the game we were surprised by the Moroccans. The team is still young and we are still developing the players for the future,” Fokuo said after Monday’s game, as reported by the Ghana Football Association’s official website.

“The first half wasn’t the best but I think we improved in the second half. The players were playing in cold weather for the first time and you could tell from their performance that they aren’t used to the environment.”

The game is part of team-building processes for both teams for future international assignments.

“I am not worried about the score line. At this stage results don’t matter in these kinds of situations. We are looking ahead to the future, player development, team performance, exposure, technical ability and all other ingredients that are needed to make the team better in future,” Fokuo added.

“So, for me, results don’t matter at all. The players needed this tour badly to get exposed to playing abroad and that was the purpose of coming here and it’s been well achieved here in Morocco.

“Tomorrow, we will have a brief recovery training to get those who didn’t play some drills. For those who played today, we will continue with their recovery before we do group training on Wednesday for the second game.”

Ghana are trying to pick themselves up from their disappointing showing at the recent Wafu Zone B Cup of Nations, where the team were eliminated at the group stage.

The first round exit also caused the team a potential qualification for the 2021 Africa U17 Cup of Nations tournament to be hosted by Morocco.

Tue Feb 9 , 2021
The European champions have reached the final of the Club World Cup currently underway in Qatar… Bayern Munich are hard at work in Qatar as they seek to add the 2020 FIFA Club World Cup crown to their envious list of trophies won in the 2019-20 season.  Having beaten Egypt’s […] 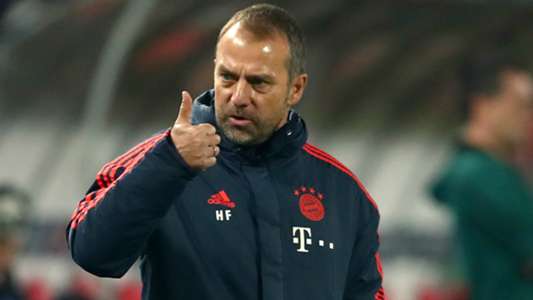