The Phobians are looking to end their long wait for major silverware this season with success in the GPL, their last title coming in 2009.

The side, who suffered a 2-0 derby loss to Great Olympics in their last match on Saturday, currently occupy the eighth position on the league table.

“I don’t think they have enough to win the league this year,” Accam, a known Hearts fan with an ambition of playing for the club before hanging up his boots, said, as reported by Citi Sports.

The winger sealed a transfer from Major League Soccer side Nashville to Hammarby last week.

“Hearts haven’t done enough to win the league this year and with the way things are going, it would take another five years for Hearts to win the title,” he added.

“I want to see my team win but honestly with what I am seeing, it will be difficult.”

Hearts are the second most successful club in GPL history, having won the title on 19 occasions. The last of their 10 FA Cup titles came as far back as in the year 2000.

“We have [good and quality squad in the Hearts of Oak team],” Hearts winger Patrick Razak said of their title ambitions in December.

“Those of us in this squad will give good performances this season. Our target for the season is to win the Ghana Premier League.

“Hearts of Oak have the chance of winning the GPL with the quality we have, we can compete against any team.

“I would say our capabilities of winning are high and we know the strength of teams in Ghana so I will say Hearts is capable of winning the League.”

The Phobians are scheduled to return to action with a GPL matchday 12 clash with Medeama on Thursday.

Tue Feb 2 , 2021
The English forward has moved up the club’s ranks after firing a goal against Southampton Marcus Rashford moved ahead of Eric Cantona and closed in on David Beckham on Manchester United’s list of goalscorers with his effort against Southampton. The England international’s strike on Tuesday was his 83rd for the […] 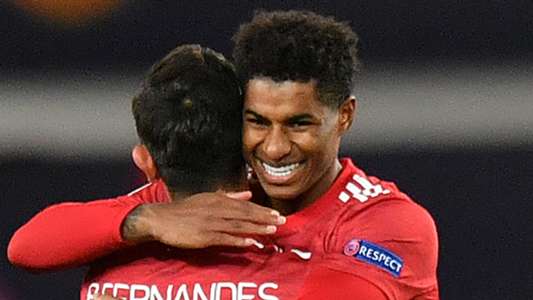