Asante Kotoko suffered their second defeat of the season following a 1-0 home loss to Aduana Stars on matchday 10 of the Ghana Premier League on Sunday.

The result has left the Porcupine Warriors fifth on the league table, tied on points with Aduana, who sit a place above due to a better goal difference.

Elsewhere on Sunday, Bechem United’s hopes of possibly moving top of the table were crushed by a 2-1 away loss to Elmina Sharks at the Nduom Sports Stadium.

Moro Salifu’s goal in the second minute of injury time looked to have salvaged a point for the Hunters after Justice Mensah shot the home side in front in the 85th minute, but Ishmael Hammond struck a sensational winner in the 99th minute to win all three points for his side.

Medeama have moved to ninth on the league table following a 2-1 home triumph over relegation-trapped Inter Allies at Tarkwa’s Akoon Park. Abass Mohammed’s double propelled the Yellow and Mauves to victory, with Suleman Nafiu netting a consolation for Allies late in the game.

Dreams FC found their scoring boots against Liberty Professionals in Dawu. Joseph Esso added to an Agyenim Boateng Mensah hat-trick for the hosts while the Scientific Soccer Lads scored through Daniel Antwi. Dreams are 11th on the table, three places ahead of Liberty.

In Techiman, Prince Okraku’s goal proved the separating factor in securing Eleven Wonders a 1-0 win over bottom-placed King Faisal. Wonders are 12th on the log.

At the Cape Coast Sports Stadium, Wafa held Ebusua Dwarfs to a 1-1 draw. Daniel Owusu put visiting Wafa in the lead in the 13th minute but Albert Hammond hit back for the home team in the 51st minute to ultimately share the spoils.

Earlier on Saturday, Hearts of Oak held Berekum Chelsea to a 0-0 draw away at the Golden City Park, leaving the two teams second and 15th on the standings, respectively.

At the Accra Sports Stadium, league leaders Karela United similarly held their own to ensure a 0-0 stalemate with Great Olympics who hold the seventh position.

On Friday, Legon Cities picked up their second win of the season with a 5-2 triumph over third-positioned Ashanti Gold. Nasiru Moro, Jonah Attuquaye, Baba Mahama and David Cudjoe (2) were on target for the Royals, who nonetheless stay in the relegation zone. Yaw Annor and scored twice for the losing side.

'You have to be absolutely top against Man Utd, we were not' - Klopp hopes Liverpool learn from FA Cup defeat

Sun Jan 24 , 2021
The Reds were knocked out of the competition with a 3-2 defeat to Ole Gunnar Solskjaer’s men at Old Trafford Liverpool coach Jurgen Klopp says his side did not play at the level required to beat Manchester United as the Reds suffered a 3-2 defeat in the FA Cup fourth […] 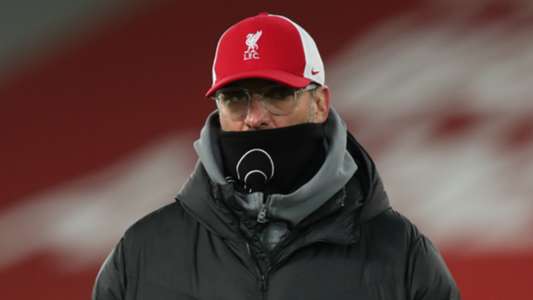