Ghanaian champions Hearts of Oak are set to open their Premier League title defence with an Accra derby clash with Legon Cities, according to the 2021-22 fixture list released by the Football Association.

League giants Asante Kotoko, on the other hand, face an away battle with Dreams in Dawu.

The full fixture list for the season which runs between October 29, 2021 and June 19, 2022 was announced on the GFA’s official website on Friday night.

Hearts, billed to battle 17 other teams to defend the 2019-20 title won in June this year, will begin their campaign at the Accra Sports Stadium.

In June this year, the Phobians beat archrivals Kotoko by four points to clinch the trophy. While Hearts will be hoping to make it 21 titles in the coming term, the Porcupine Warriors will be eyeing their first league gold since 2014.

The two sides, Ghana’s biggest clubs and the most successful in the history of the championship, will face off on matchday seven in Accra and matchday 24 in Kumasi.

Elsewhere on the opening day of the 2021-22 season, Ashanti Gold, who have been charged with match manipulation and are reportedly facing a ban from the elite division, have been pitted against Eleven Wonders.

After surviving relegation on the final day of last season, King Faisal will be hoping to commence the 2021-22 campaign with a home win against Wafa at the refurbished Baba Yara Sports Stadium in Kumasi.

There was certainly interest in the pairings of newly-promoted sides Real Tamale United (RTU), Bibiani Gold Stars and Accra Lions.

Making a return to the Premier League for the first time since 2011, RTU will mark their comeback with a home clash with Great Olympics at the Aliu Mahama Sports Stadium in Tamale.

Gold Stars, who are set to play elite division football for the first time in their history, will begin their journey with a home encounter with 2010-11 league champions Berekum Chelsea.

Accra Lions will host Elmina Sharks on the opening day.

Sat Sep 25 , 2021
Dean Smith brings his Aston Villa side to Old Trafford looking for a first victory at the Theatre of Dreams since late 2009 – when a 21st-minute Gabby Agbonlahor strike was enough to guarantee Villa the three points. An up and down start to the post-Jack Grealish era has the […] 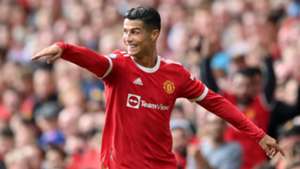