Asante Kotoko have been barred from making new signings during the upcoming second Ghana transfer window after being found guilty of breaching the contracts of four former players during their stint with the club.

The second registration window of the 2020-21 Premier League season is set to open on February 16 and run until March 18.

“In separate petitions, Abass Mohammed, Mathew Kelvin Andoh and Stephen Tetteh Aryiku and Evans Owusu, all petitioned the PSC on the Club’s unilateral termination of their contracts.

“They, therefore, sought for the PSC to rule on the payment of their outstanding salaries and signing-on fees.”

With the players demanding payment of their outstanding salaries and signing-on fees, the PSC has ordered Kotoko to pay a combined compensation of GH¢197,800 (27,973.31 Euro) within 14 days, in addition to the transfer ban.

Failure to meet the 14-day deadline for the payment of the compensation to the quartet and a GH¢10,000 fine to the GFA will result in the cases being referred to the GFA Disciplinary Committee for further sanctions, which may include points deduction in the Ghana Premier League.

After ten rounds of matches, Johnson Smith’s side sit fifth on the league standings with 16 points to their name so far.

The most successful club in the history of the Ghana Premier League, Kotoko are regarded as arguably the biggest club in the West African nation.

The Porcupine Warriors have won the league title on 23 occasions, four more wins than arch-rivals Hearts of Oak.

At continental level, the Kumasi-based outfit have won the Caf Champions League on two occasions – in 1970 and 1983. Their best performance in the Confederation Cup was a runners-up finish in the 2004 edition.

Tue Jan 26 , 2021
Prasanta was one of the few to have represented the big three of Kolkata… Former India and Mohun Bagan goalkeeper Prasanta Dora has passed away at the age of 44. It is learned that he was suffering from Hemophagocytic lymphohistiocytosis (HLH) and was admitted in a hospital in Kolkata since December 28. We […] 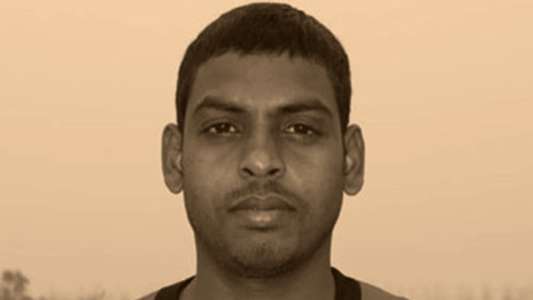