Getafe sporting director Angel Martin has revealed his side would be keen to retain the services of on-loan duo Carles Alena and Takefusa Kubo, although he admitted that securing either player’s signature would be a tall order for the club.

Alena made just two Liga appearances for Barcelona in the first half of the 2020-21 season, while Kubo was loaned to Villarreal from Real Madrid, where he is still yet to make his first-team debut.

When the transfer window opened in January Getafe swooped for the youngsters on short-term deals, with the club keen to build on a decent start to 2020-21 in the Spanish top flight.

Both Alena, 23, and 19-year-old Japan international Kubo have quickly established themselves in the Madrid side’s first team, raising hopes that they may yet sign terms on a permanent basis when their loans finish at the end of the campaign.

But Martin warned that acquiring two players of that calibre would not prove an easy task.

“[The transfer window] was difficult, especially because of the teams’ economic situation,” the director explained to  COPE .

“It has been impossible to agree anything. It was a strange market, because the summer one also came at the last minute.

“Alena and Kubo were only loans, Barca know their player has a year left on his contract, and if the numbers talked about are within reach and the player is happy … But if the numbers are out of reach we will wish him the best of luck.”

Martin was more pessimistic about Kubo’s future, revealing that Madrid had big plans for the young winger in the future.

“Kubo is impossible, Madrid don’t even give you the purchase option, they have a lot of hopes for him,” he added.

Of more immediate concern for Getafe is the future of Angel, the club’s 33-year-old top scorer whose contract expires in June.

“The player will make the decision,” Martin said when asked of the former Madrid trainee.

“If he wants to continue with us, there will be no problem in coming to an agreement. If he opts against that, we will respect it.”

Afcon U20: Basangwa lifts visiting Uganda over Tanzania in mini-tournament

Wed Feb 3 , 2021
The youngster scored the only goal of the encounter in the first half in Dar es Salaam to hand his side an opening victory Uganda U20 recorded a 1-0 win over their Tanzanian counterparts in Wednesday’s pre-African Cup of Nations showdown at Chamazi Sports Complex. The Hippos’ Richard Basangwa scored […] 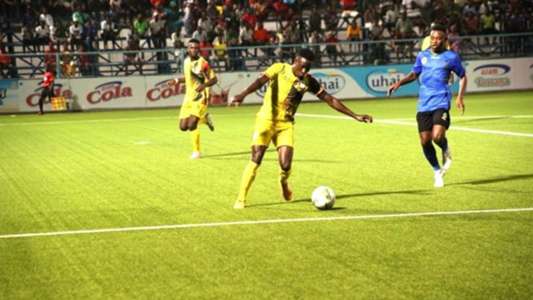