Steven Gerrard says Liverpool should already be “starting work on a statue” of Jurgen Klopp ahead of their title coronation.

Liverpool will be confirmed as the new Premier League champions if they pick up six points from their final nine fixtures of the 2019-20 season.

Klopp’s men had established an unassailable 25-point lead over holder Manchester City before the coronavirus stopped play in March, having won all but two of their first 29 games.

Project restart will begin when City take on Arsenal on Wednesday, and if they lose, it will open the door for Liverpool to ascend to the top-flight throne by beating Everton in Sunday’s Merseyside derby.

Club legend Gerrard, who took up his first head coaching role with Rangers in 2018, says Klopp has set the standard for all managers to aspire to, and he has been delighted to see Liverpool reach new heights under his stewardship.

“Let’s cut to the chase, sitting here, doing this interview right now, I think Jurgen Klopp is the best manager in the world,” the ex-Reds midfielder told The Athletic.

“I know there are a lot of successful managers about. Pep Guardiola is exceptional. Carlo Ancelotti is exceptional too and I think Everton are really lucky to have him with his CV. I could name many more.

“Having had the experience of being a manager for the past two years, you realise how difficult and challenging the job is. I have nothing but respect for Jurgen.

Once Klopp delivers Liverpool’s 19th league title, he will go down in history alongside the club’s legendary former managers Bill Shankly and Bob Paisley, both of whom sit outside of Anfield in statue form.

Gerrard says the German boss will deserve the same tribute once Liverpool’s transformation from also-rans into European and English champions is complete.

He said: “Knowing Jurgen, he won’t want to be put in that bracket. I know what he’s like, he’s humble and respectful. When you look at the scale of the job he’s done, for sure he deserves to be mentioned in the same breath as those iconic managers.

“What you need to take into consideration is that when Jurgen took over Liverpool they weren’t close to being the best team in the country, they weren’t even in the top four.

“To come to Liverpool when he did, get to the amount of finals that he has, deliver the sixth European Cup and then deliver the first league title after 30 years…

“For me, someone like Jurgen should be rewarded now. It seems like in football we often wait until people get older before their achievements are fully recognised.

“But I know the owners of Liverpool won’t let that happen. When Jurgen delivers the league they should already be starting work on a statue of him.”

Gerrard added on the “relief” he will feel when Liverpool finally hold the trophy aloft: “You don’t want to count your chickens until it’s certain but I think we all know that it’s inevitable.

“For me, there will be a lot of relief. Being a fan for a lot of those years and being a player and coming ever so close, you know that this is the one that people have craved.

“This is the bread and butter of the club. I grew up watching all the successful Liverpool teams winning leagues. Unfortunately, I wasn’t able to do it myself.

“I’m a fan now and I always will be until the day I go into a grave. When they get it done and they lift that trophy, it will be 100 per cent happiness for me. I can’t wait for it. I’ll be the proudest man on the planet.”

Posta Rangers to govt: Please include us in stimulus package, our players are suffering

Tue Jun 16 , 2020
The struggling Mailmen have now sent a passionate plea to the Ministry of Sports to help support their players financially Posta Rangers have reached out to the government to have them included in the stimulus package which is helping to assist sportsmen and women in the country financially. The government […] 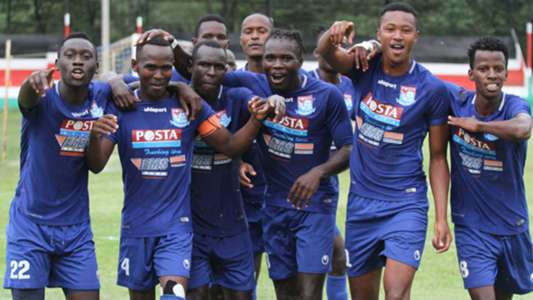