Steven Gerrard has admitted to stealing ideas from his former managers Brendan Rodgers and Sven-Goran Eriksson, with the Rangers boss putting those lessons to good use as he closes in on the Scottish Premiership title.

The Liverpool legend is edging the Gers ever closer to a domestic crown, with Old Firm rivals Celtic set to miss out on an historic 10th successive title.

It has taken Gerrard three seasons to reach this point, but his potential has been noted for some time – with a new contract signed to 2024 as he is linked with a future return to Anfield – and he credits those he worked with in the past for pushing him into contention for major honours as a coach.

Gerrard, who worked under some top bosses while representing Liverpool and England, has told the Robbie Fowler Podcast: “In terms of management, I’ve tried to be a sponge and steal and learn all different things from all the managers I have played for.

“When you look at [Gerard] Houllier and [Rafa] Benitez, they were really compact managers, hard to play against, Roy Hodgson the same. [Fabio] Capello, very similar, where it’s about your organisation and your shape.

“I’ve tapped into loads of that education throughout the Rangers journey, especially in Europe and the top games we have played domestically.

“At the same time, I’ve stolen stuff from Brendan Rodgers, from other managers, Sven Goran Eriksson, those type of people in terms of the style, how it looks, playing through the lines, building from the back.

“I think it is important to be yourself when you are in these roles and do it your own way but I’ve worked with top managers so you would be a fool not to try and steal and use their expertise for my benefit.”

Gerrard’s record as a manager

The Anfield icon cut his coaching teeth within the academy ranks on Merseyside before heading out on his own.

He has taken in 154 games as Rangers boss, collecting 101 wins from those fixtures and suffering just 20 defeats.

The Ibrox outfit are currently 18 points clear at the top of the Scottish Premiership table and have gone unbeaten through 29 games so far.

Gerrard’s side are also through to the last-32 of the Europa League, where they are due to face Antwerp, with a man who won the FA Cup and Champions League as a player – while collecting 114 caps for his country – looking to get his hands on a first trophy as a manager.

Mon Feb 15 , 2021
The 25-year-old defender arrives at the Team of Choice after stints in his home country as well as Greece and Macedonia Maritzburg United have completed the signing for right-back Dusan Stevic from Serbian Super Liga side FK Napredak Krusevac on an 18-month deal. After Middendorp’s eye was spot on when […] 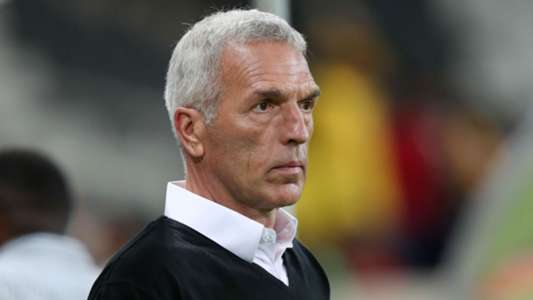