The highly-rated 17-year-old midfielder finds himself at the centre of an international tug-of-war, with old adversaries eager to secure his services

The talented 17-year-old finds himself at the centre of a tug-of-war that also sees England battling to secure his allegiance – with dual citizenship allowing him to pick between two old adversaries.

Musiala, who was born in Stuttgart but moved to London at the age of seven and spent eight years within the academy system at Chelsea until joining Bayern in 2019, has represented the Three Lions at U21 level.

“We had a very good and open conversation,” DFB director Bierhoff has told Bild on discussions with Musiala.

“We clearly showed him what we think of him and that we are convinced that he will be a national team player, but it’s a very personal decision.”

Who else has spoken about Musiala’s international future?

Germany national team coach Joachim Low has said: “He is an exceptionally great talent. He is particularly valued in Germany and at FC Bayern.

“I think he knows one way or another that I want to pick him. There aren’t that many talents in Germany who are at his level. The decision is his.”

England U21 boss Aidy Boothroyd has added: “We’ve got a lot of players with dual nationality.

“It’s down to our work with them, whether they enjoy coming with us. Is it progressing their careers? I think yes, it is.

“At some point we are going to miss out on a player but the environment, system and pathway – there aren’t many who have as good a record as we do currently.

“The lads will all get their opportunity and we’ll have to make tough calls as we go on. We don’t need to do any special measures for anyone – the pathway is there.

“Some players get stretched and moved up quicker than others. I don’t think there is a better time to be an England player.”

Who will Musiala choose?

Goal has learned that the DFB is confident of convincing the teenager that he should commit to them.

He has previously represented the country of his birth at U16 level, before then going back to the England fold.

No definitive decision has been taken as yet regarding his international plans, with his future at club level also generating plenty of speculation.

Musiala only has 18 months left to run on his youth deal at Bayern, with talks ongoing when it comes to an extension.

Deadlock is said to have been reached there, with wage demands proving to be a sticking point, and the likes of Manchester United, Liverpool and Manchester City are keeping a close eye on developments as they look to offer the promising playmaker a route back to the Premier League.

Tue Feb 9 , 2021
The Batoto ba Mungu boss reveals to Goal they have closed their transfer activities with regards to foreign-based players FKF Premier League side Sofapaka’s president Elly Kalekwa has confirmed they have finished their transfer business for foreign-based players. This is after the 2009 champions made the signing of two players – […] 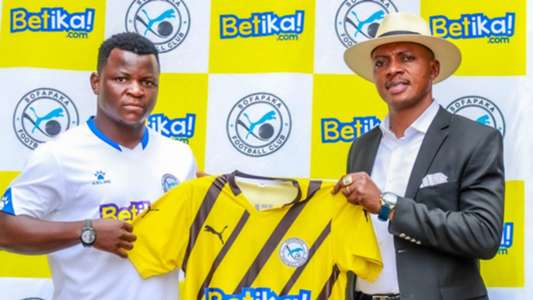