The teenage midfielder has yet to decide where his international allegiance lies, but Die Mannschaft are confident of securing his services

The German football association are confident they will be able to convince Jamal Musiala to play for Germany ahead of England, Goal has learned.

Musiala, who left Chelsea to join Bayern Munich in 2019, is eligible to play for both Germany and England internationally.

The 17-year-old was born in Stuttgart but grew up in London, and has already represented the two countries in question at youth level.

Musiala made two appearances for Germany’s Under-16s, but has played for England in four different age groups, with two caps already earned for Aidy Boothroyd’s U21 side.

However, Goal can now reveal that the midfielder met up with Die Mannschaft head coach Joachim Low after featuring from the bench during Bayern’s 4-1 Bundesliga win against Hoffenheim on Saturday.

His representatives felt it was a nice personal touch for Low to take time out from his schedule to meet with Musiala and offer him words of praise, with the DFB now hopeful he will pledge his allegiance to Germany instead of England.

The 60-year-old tactician announced his intention to call up the teenager earlier this week, telling BILD: “He is an exceptionally great talent. He is particularly valued in Germany and at FC Bayern.

“I think he knows one way or another that I want to nominate him. There aren’t that many talents in Germany who have the level. The decision is his.”

Musiala will wait until March before making a final decision though, which is when Germany and England will begin their World Cup qualification campaigns ahead of next year’s competition in Qatar.

The former Chelsea starlet has a more pressing issue to attend to first, with his current contract at Bayern set to expire at the end of June.

Goal understands that negotiations over an extension are still ongoing, with the playmaker ready to commit to fresh terms at Allianz Arena through to 2025.

Musiala will be back in contention for a place in Hansi Flick’s squad when Bayern take in a trip to Hertha Berlin on Friday night.

The youngster has already appeared in 23 games across all competitions for the German champions this term, scoring three goals, having quickly proved that he can handle the demands of domestic and European football at the highest level.

Tue Feb 2 , 2021
The Argentine has missed six matches after being in quarantine following a knee injury that delayed his start to the season Sergio Aguero will need a “few weeks” to be ready to return to action after a season disrupted by illness and injury, according to Pep Guardiola. The City striker […] 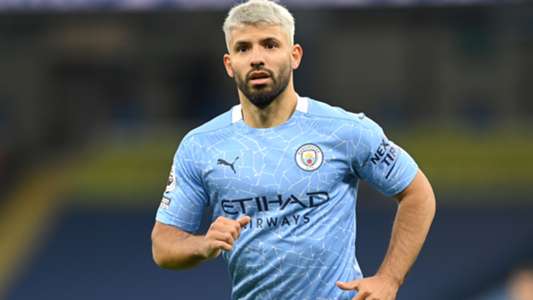