Former Chelsea midfielder Geremi Njitap believes Real Madrid manager Zinedine Zidane is the best in the world, irrespective of his performance in the 2020-21 Champions League campaign.

The French tactician has won a number of laurels since he delved into management after his retirement as a player, including clinching the top European competition three times.

Geremi, who played along with Zidane at Santiago Bernabeu during his playing career, has praised the 48-year-old for his achievements in management.

“Zidane is a guy who loves what he is doing and only he can decide what he wants to do,” Geremi told Radio Marca.

“If Zidane wins another Champions League it is something we have never seen before, but even if he does not win it, he is still the best coach in the world.

“When you see Zidane’s career as a coach, you see he has only a few years, but so many titles. His percentage is the best, he is young, but with many titles. No one has ever done that before.

“As we both speak French, I helped Zidane a lot in his adaptation. He is a very shy guy, he had a great experience playing and now he shows that, if you work, you can go where you want.”

Geremi won two Champions League titles and La Liga with Real Madrid, as well as the Premier League with Chelsea, and as both sides face off in the Champions League semi-final first-leg on Tuesday night, the 42-year-old hopes the best team wins.

“Chelsea or Madrid? I can’t choose, I want both of them to win … it’s mom or dad. Let the best one take it,” he continued.

Geremi started his career with Racing Bafoussam and also played for Cerro Porteno, and Genclerbirligi before joining Real Madrid.

The former midfielder starred for Chelsea, Newcastle United, Ankaragucu and Superleague Greece club AE Larissa before he called time on his illustrious career.

After his retirement, he chose to use his wealth of experience to help footballers in Africa and he is currently the vice-president of the world players union.

“When I finished my career I wanted to do something for football and I decided to work for footballers in Africa, where the players have it much more difficult than in Europe,” he concluded.

Geremi had 118 appearances for Cameroon before his retirement from international duty in 2010.

Sarr: Watford must strive to do well in the Premier League

Tue Apr 27 , 2021
Having confirmed their return to the English topflight, the Senegal international has called on his side to be battle-ready to perform next term Ismaila Sarr has called on Watford to strive to do well when the 2021-2022 Premier League gets underway. The fleet-footed forward played a key role as the Hornets […] 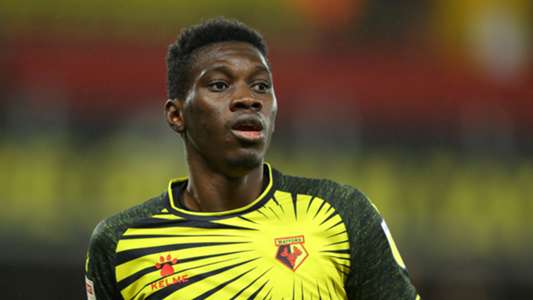