Mbeleck had joined Kiryat from Belarusian side Minsk in October and made a scoring debut against Hapoel Petach Tikva in December 2020.

She earned her third league start of the campaign and put up a fine display in front of goal to propel her side to another home victory.

Following back-to-back opening games, Eyal Sade’s team continued from where they left off when Yuval Nagar netted the opening goal for them after just 20 minutes of action in the encounter.

15 minutes later, Mbeleck doubled the lead from a rebound after Nigerian Uchechi Sunday was denied from close range.

Three minutes from half time, the hosts almost grabbed their third goal of the encounter after they were gifted a penalty advantage but Super Falcons star could not convert from the spot.

After the break, Brazilian Ana Bruniera Arruda Caroline netted a third of the match in the 63rd minute to wrap up the win for Sade’s side.

Cameroon’s Mbeleck played from the start to finish and has scored two goals in three league appearances this term for Kiryat Gat.

Ghana’s Sherifatu Sumaila was also involved for the duration, while Nigeria’s Sunday featured for 82 minutes of the contest.

The Cameroonian and Nigerian will aim to add to their tally when their side will face off against Hapoel Be’er Sheva on January 28.

Tue Jan 26 , 2021
The Soweto giants went for a second match running without winning but extended their unbeaten run to five matches Kaizer Chiefs did not move from seventh spot on the Premier Soccer League standings but escaped another disappointment at the hands of Baroka FC following a 1-1 draw at FNB Stadium […] 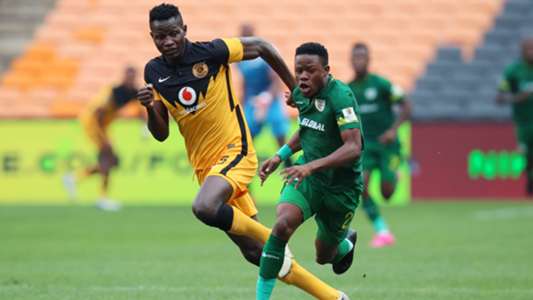