Napoli coach Gennaro Gattuso said he will be meeting with Victor Osimhen after the Nigerian apologised for breaching coronavirus protocols at a party organised in Lagos.

The Nigeria international is yet to return to action since he dislocated his shoulder during an Africa Cup of Nations qualifying fixture against Sierra Leone on November 13.

Osimhen is still recovering from the injury but he was granted permission to travel to Nigeria for the winter break where he attended a party to celebrate his 22nd birthday on December 29.

Upon his return to Naples, the 22-year-old tested positive for coronavirus and a video of him surfaced on social media where he was seen without wearing a face mask and no social distancing observed in the party.

After Napoli’s 4-1 win over Cagliari on Sunday, Gattuso gave his opinion on the situation.

“He’s a young lad who gives his all in training,” the Italian manager told the club website. “He knows he’s made a mistake and he’s apologised.

“I’ll speak to him. I know how much he wants to get back onto the right track and get back playing.”

Osimhen, on his part, issued an apology to the club and his teammates for his ‘wrong’ decision which has delayed his return to training because of the compulsory two weeks he will spend in isolation.

“I am so sorry for what happened, I was wrong to go to Nigeria in this moment, even if I have many loved ones over there, including my brothers,” Osimhen wrote on his Instagram story.

“I was wrong to take part in the party I didn’t understand the severity of what I was doing. I apologise to the club, the coach, the team and the fans.”

The Nigeria forward completed a big-money move to Napoli in August after an outstanding 2019-20 campaign in the French Ligue 1 with Lille.

He has scored two goals so far in six Serie A matches for the Parthenopeans who sit fourth in the league table with 28 points from 14 matches.

Mon Jan 4 , 2021
The Brewers have now collected 11 points from the six league games they have played Tusker FC coach Robert Matano insists his team made no mistakes despite playing to a 1-1 draw with Sofapaka in the Football Kenya Federation (FKF) Premier League game played on Sunday. Batoto ba Mungu scored […] 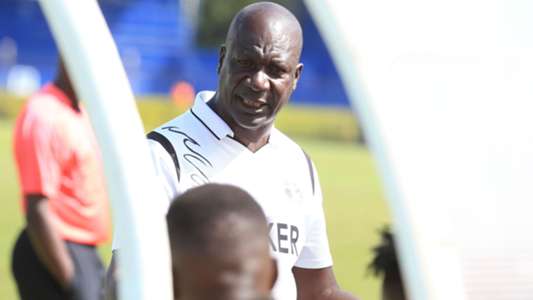