Ruzaigh Gamildien has been at the forefront of Swallows FC’s remarkable return to the Premier Soccer League (PSL).

Back in the top flight for the first time since being relegated five seasons ago, the Birds have surprised everyone and currently sit joint top of the league standings with defending champions Mamelodi Sundowns after nine rounds of action.

They’ve conceded only five goals, and scored 13, seven of which have come from Gamildien, including a brace in a 3-2 win over high-flying Cape Town City earlier this week.

The 31-year-old Gamildien initially made an impression at Bloemfontein Celtic a decade ago but has since drifted from club to club, including several stints in the National First Division.

He scored 11 goals in 17 matches for Steenberg United last season before being signed by Chippa United, only to be released at the end of the campaign.

But since being signed by Swallows coach Brando Truter, Gamildien has enjoyed a new lease on life.

“I just think I came back really motivated because I was a bit disappointed with my previous club (Chippa) after I got released,” Gamildien was quoted saying by Farpost.

“I had small goals for myself for the season and obviously most of my performances is actually through the coaches who believed in me and actually giving me a chance to prove myself once again.”

The Cape Town-born attacking midfielder admits he’s eyeing the Golden Boot award,  although he says it’s not his priority.

“Obviously those are personal goals, but most importantly is for the team to be as high as possible in the league. It all goes down to belief and obviously believing in one another as a team,” he added.

“Like the coach keeps on preaching we have to give credit to the man above for pushing us this far. We just keep taking it game by game and as time goes on we might find ourselves in a good position at the end of the season.”

Orlando Pirates will certainly be doing their homework on Gamildien as the Buccaneers host the Birds in a league encounter on Sunday afternoon.

NorthEast United are difficult to defend against - Gerard Nus explains why

Thu Jan 7 , 2021
The Spaniard backed his players to come good against a strong Hyderabad outfit… NorthEast United find themselves in the seventh position on the Indian Super League (ISL) table and ahead of their clash against Hyderabad FC on Friday, coach Gerard Nus is confident of a positive result which would help […] 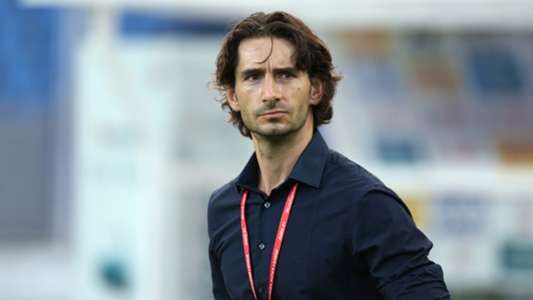