Glasgow City forward Ode Fulutudilu has been nominated for the Scottish Women’s Premier League Player of the Month award for April.

The South Africa international was in superb form for her club in the month under review, following her arrival in January 2020.

Fulutudilu scored six goals, including her back-to-back hat-trick against Forfar Farmington and Motherwell for the Broadwood Stadium outfit.

Scott Booth’s side started the month with a 3-0 win against Celtic but she only eventually made her debut with a treble in a 7-0 win at Farmington and followed with a treble against Motherwell.

She has now been shortlisted for the best player award of the month and will battle Brogan Hay (Rangers), Lauren Perry (Forfar Farmington) and Rebecca Galbraith (Spartans) for the accolade.

📺 | @Ode101 on being humbled to be nominated for @SWPL player of month.

So far, the 31-year-old has now scored seven goals in three appearances for the club this season, including the winner in their 3-1 triumph over Spartans the last time out early this month.

To clinch the prize, fans are expected to select a favourite player from the list of nominations until 5pm on 11 May, with the winner to be announced two days later.

The Banyana striker teamed up with her compatriot Janine Van Wyk at Glasgow City in January 2020 from Finnish champions Swedish Damallsvenskan Vaxjo, on a permanent one-year contract.

Fulutudilu will hope to continue her blistering performances for her club in their next outings as they welcome second-placed Rangers in a top-of-the-table encounter on Sunday, May 9.

Champions League 2021 final: When it is, venue, how to watch & will fans be allowed to attend?

Tue May 4 , 2021
The European heavyweights are continuing to battle it out for the top continental prize, and here’s what you need to know about the final The 2020-21 Champions League is coming to a close, and attention is now turning towards the competition final. Goal brings you all you need to know about […] 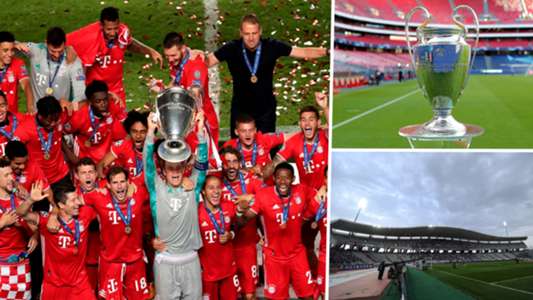