Fulham midfielder Neeskens Kebano has shifted his focus to their Championship second leg semi-final playoff with Cardiff City on Thursday.

The Democratic Republic of the Congo international delivered an impressive performance in Monday’s 2-0 first-leg win over the Bluebirds.

After Anglo-Nigeria Josh Onomah put the Craven Cottage outfit in front with his wonder strike, the 28-year-old then sealed the victory in the encounter.

The effort is the midfielder’s fourth goal in 17 games across all competitions this season and has taken to the social media to reflect on the showing while also appreciating the club’s fans for their supports.

“Thank you all for your messages. Great team spirit and [I am] very happy to have scored one more time. See you Thursday,” Kebano tweeted.

Thank you all for your messages! Great team spirit and very happy to have scored one more time🎯. See you Thursday!🙌🏾 #FULFORCE #COYW pic.twitter.com/i9qt3i5xSl

Kebano has been with the Craven Cottage outfit since the summer of 2016 when he joined from Belgian side Genk.

The midfielder, who scored his first goal for Fulham against Wigan Athletic in February 2017, has now found the back of the net 12 times in 75 league games.

Kebano started his career with ASA Montereau youth team before teaming up with French giants Paris Saint-Germain youth setup in 2006.

The 28-year-old was promoted to the Parisians’ first team in 2011 and featured in three Ligue 1 games for the side before joining Caen on loan.

The former France youth international later departed PSG permanently for life in Belgium with Sporting Charleroi, where he shone, scoring 18 goals in 68 league games during his two-year stay with the side.

His eye-catching performances caught the attention of Genk, who secured his signature in 2015 and featured 37 times for the Blue and White before he moved to Fulham.

Kebano previously played for France U17, U18, U19 and U20 teams before pledging his allegiance to the Democratic Republic of the Congo in 2014.

The midfielder made his debut against Ivory Coast and has now played 19 times for the country, scoring five goals.

Tue Jul 28 , 2020
The former Red Devils striker concedes that a few minor tweaks are still required at Old Trafford, but he sees the club heading in the right direction Manchester United are “the next team to go and challenge” for the Premier League title, claims Michael Owen, with the Red Devils needing […] 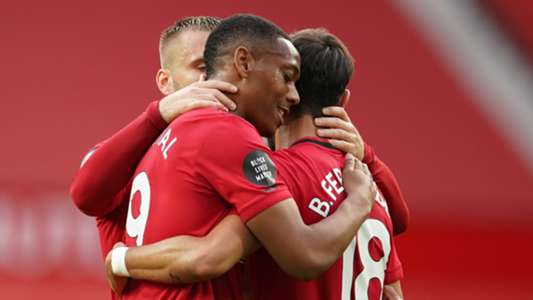