Free State Stars chairman Mike Mokoena has passed away, the PSL confirmed in a statement on Wednesday morning.

The cause of Mokoena’s sudden death is still unknown.

In a statement released by the league, PSL chairman paid tribute to Mokoena and hailed his contribution to South African football over the years.

Mr Mike Mokoena, the Chairman of Free State Stars Football Club, one of the founding members of the NSL and longstanding member of the Executive Committee, has departed.
Our prayers are with the Mokoena family, especially its Matriarch, Ausi Joyce Mokoena who has been a pillar of strength that propped Bra Mike up over the years.

Mike Mokoena was a self-made man that took the fruits of his toil, which he could have used for his personal benefit and that of his family and invested selflessly into football. The Free State Stars payroll that he created and maintained, sometimes under very trying circumstances, is a source of viable livelihood for many.

Bra Mike was an epitome of practicality. People do not come more practical that Mr Mokoena lived.

He shined a spotlight on a little known town in South Africa. He literally put Qwa Qwa and the town of Bethlehem on the map. The economic activity generated by Free State Stars in that part of our country is a powerful legacy of a passionate man that always maintained that “where there is a will, there is a way”

Mike Mokoena, through his toil, left this world a better place than he found it.

May his soul repose peacefully.

Mokoena founded the now Free State Stars in 1977, and the club gained promotion to the professional league in 1985.

Under his leadership, the club was bought by the league in 2002 when PSL reduced the number of teams from 18 to 16.

In 2003, Mokoena returned to football after buying Ratanang Maholosiane’s status and renamed it Free State Stars and the club was back in the PSL two years later.

While the club got relegated twice thereafter, including the 2018/19 season, Mokoena was proud to have watched Stars lift trophies while he was still in charge of the club.

Wed Jun 17 , 2020
The striker, according to the coach, was a leader on and off the pitch before he left for Zesco United AFC Leopards interim head coach Anthony Kimani has revealed how John Makwatta’s exit affected the young players. Makwatta joined Zambian giants at end of the January transfer window after netting […] 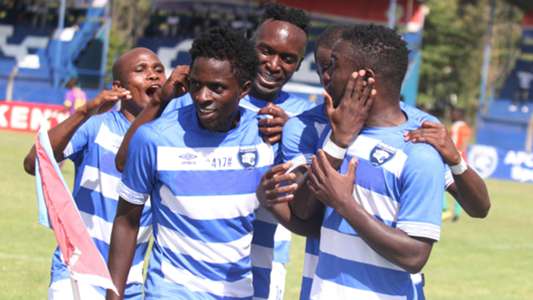