Former World No. 4 player Dominika Cibulkova announced the birth of her son over Instagram on Sunday. This is her first child with husband Michal Navara.

Dominika Cibulkova has given birth to her son

In her post on social media, Cibulkova says, “And our world will never be the same again.

[Today], we welcomed our precious son Jakub Navara.” The 31-year-old announced her pregnancy at the end of last year, and shared her experiences during this year on her Instagram by posting several pictures of herself during her pregnancy.

Cibulkova, 31, retired from professional tennis last year after winning eight WTA singles titles. She last played a WTA match in May 2019 when she lost to Aryna Sabalenka of Belarus in the first round of the French Open. Cibulkova compiled a 450-299 singles record and earned $13.7 million in prize money during her career.

She has reached the quarterfinals or better of all four Grand Slam tournaments. She also reached the final of the 2014 Australian Open, when she became the first female Slovak to reach the championship round of a Grand Slam and won the WTA Finals in 2016, becoming the fourth player (after Serena Williams in 2001, Maria Sharapova in 2004 and Petra Kvitová in 2011) to win the tournament on debut.

Cibulková was introduced to tennis at the age of eight and she was 11 when her family moved to Bratislava. She lists clay and hard courts as her favorite surfaces. Her signature expression, “Pome,” translates to “Let’s go” or “Come on” in English.

In July 2016, she married her fiancé Michal Navara. She also won 1 career title in doubles and peaked at No. 59 in the doubles rankings. Dominika Cibulkova also reached the quarter-finals of the 2008 US Open doubles event.

She helped Slovakia reach the semi-finals of the Fed Cup in 2013, where she had a 21-19 record in the event and also helped Slovakia won the 2009 Hopman Cup event. At 5ft 3 inches, she was among the shorter players on the tour but made up for it with her quick movement and incredible power on her groundstrokes.

Tue Jun 16 , 2020
The former Celtic striker has attracted interest from the Premier League and his future at the Ligue 1 club remains uncertain Lyon coach Rudi Garcia has stated the club have not received any offers for striker Moussa Dembele or midfielder Houssem Aouar. Manchester United have shown an interest in Dembele […] 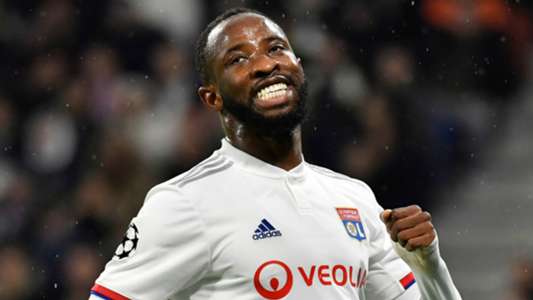