Former Super Eagles forward Peter Odemwingie has revealed plans to go back to the classroom and earn a university degree after his illustrious football career.

The ex-Stoke City and West Bromwich Albion star called time on his football career after he left Indonesian club Madura United in 2018 and he is now set for a new chapter in his life.

During his seven-year stint in the Premier League, Odemwingie won three Player of the Month awards and scored 36 goals with 13 assists in 129 appearances.

He is also keen on working on his coaching badges after he played in two World Cup tournaments with Nigeria.

“I’m happy that I’ve retired and I’m looking forward to the next part of my life,” Odemwingie told Planet Football. “I will be doing my coaching badges slowly and starting my education.

“The next five years I’m going to dedicate to education and pursue a degree just to tick that box.

“I have an urge to study, probably because my parents are doctors and it’s somewhere in my genes, calling me to do something outside of sport.”

With playing spells across seven countries in three continents, Odemwingie recalled how he seamlessly adapted to life in his previous clubs and why he and his family returned to Nigeria from Russia to start his career at local outfit Bendel Insurance.

He continued: “I was very driven career-wise and I love this game. I don’t know why some people can’t settle in another country. The dressing room is full of boys – it’s always lively and you can always find someone to get close to and have a bond with.

“I never struggled to adapt. I really enjoyed the football itself and that was the language that was more important than anything.

“My parents had finished their studies, and salaries for doctors were not great in Russia at that time. With their degrees, Nigeria was more appealing and they could do more work. That was the main reason, but also my dad believed that my career would progress better through Nigeria than Russia so we went and he was right.”

Sun Jan 31 , 2021
A complete breakdown of the financial rewards on offer for clubs competing in one of the oldest national competitions in the world Winning the FA Cup this season will bring a financial boost for whichever club comes out on top, but they will receive significantly less than those who won […] 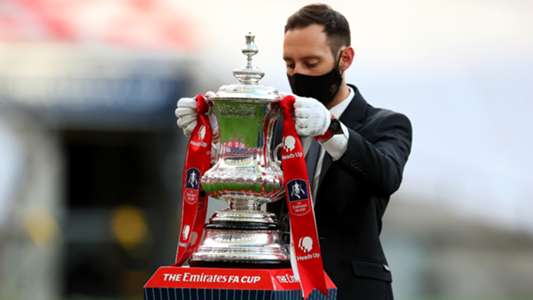