Former Manchester United prospect Adnan Januzaj has admitted to winding up his PlayStation buddy Paul Pogba ahead of a Europa League clash against his old team-mate.

Januzaj, who began his professional career at Old Trafford back in 2013, will be out to mastermind United’s downfall with Real Sociedad in continental competition later this week.

The two teams will contest the first leg of their round of 32 Europa League tie on Thursday, and Januzaj has now revealed that playing video games with Pogba has formed part of his preparations for the encounter.

The Sociedad winger told UEFA.com of his relationship with Pogba: “We play PlayStation together so we don’t really talk [then] – but sometimes I tease him a little bit via video call [about this tie] because we are in contact a lot.

“It will be weird [to play against him] because off the pitch we are amazing friends, and we have such good, close contact. We have known each other from a young age.

“We grew up at United together, we’ve gone through a lot of things. So having him in front of me – it’s good that we don’t play in the same position!

“I don’t think we will have much contact between each other, but obviously for my part I want to win that game.”

Januzaj may have ultimately failed to make the grade at Old Trafford, but he still looks back on his time with the club fondly, having been given his start by legendary ex-United boss Ferguson.

The Belgium international thinks his career in Manchester would have turned out differently had the Scottish manager not retired after the club’s title-winning 2012-13 campaign, as he added: “It was in training when he was always pushing me.

“Sir Alex was someone that really believed in me, and obviously when he left the club, I was very sad because I thought if he was still there, I would also still be there.

“But at the end of the day, football takes you somewhere else.”

Will Pogba & Januzaj both start in the Europa League?

Unfortunately, the two friends will not be playing against each other at the Allianz Stadium this week, with Pogba currently out of action due to a thigh injury.

Ole Gunnar Solskjaer said he expects the Frenchman to be sidelined for at least a “few weeks” when he hobbled off early during a 3-3 draw with Everton on February 6, which means he could also be a doubt for the return leg against Sociedad next Thursday.

Januzaj, however, will almost certainly line up against the Red Devils in both fixtures having been a regular in Imanol Alguacil’s starting XI throughout the 2020-21 campaign.

Wed Feb 17 , 2021
Mike Dodds has seen the midfielder’s qualities up close and says he “can achieve anything he wants” in the game if he continues on his trajectory Former Birmingham City coach Mike Dodds says Jude Bellingham was always destined for the top and that he “looked like he had played 100 […] 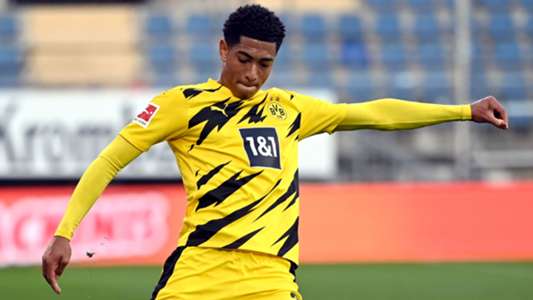