The Black Stars are desperately in the search for a first title since winning the last of their four championships in Libya in 1982.

Akonnor was appointed head coach of the West Africans in January last year, taking over from James Kwasi Appiah and tasked to win the Afcon tournament in 2022, as well as secure Ghana qualification for the 2022 World Cup.

“There is a possibility Ghana can win the Afcon but we shouldn’t put pressure on the team and the coach because he is trying to rebuild a new team,” Badu, who recently announced retirement from international duty, told 3 Sports.

“Rebuilding a team like the Black Stars is not an easy job for the coach because the national team is not like club level where you will get the players throughout the year to train with them to get cohesion and to know each other.

“For national team, every three months, you have a game; today you might have great form, the next day, the star player might be injured and you will have to replace that kind of player, so it’s always difficult, they have quality, but I think they need time.”

Akonnor’s reign began on a bad note as the Black Stars suffered a 3-0 loss to Mali in a friendly fixture in October. Days later, the team made amends with a 5-1 thrashing of Asian champions and 2022 World Cup hosts Qatar in a second friendly.

A month later, Ghana beat Sudan 2-0 in a 2022 Afcon home qualifier but lost 1-0 in the reverse fixture on the road.

“It’s not about me. It’s about us,” Akonnor told TV3 in May last year.

“Over 30 years we’ve not won Afcon. I don’t want to be just another coach who comes in to manage Ghana and goes and then it’s the same story.

“I want us to work and make an impact, be relevant.”

At the last Afcon tournament, Ghana, under Appiah, were eliminated by Tunisia in the Round of 16.

It was the first time the team failed to reach the quarter-final of the competition since 2006.

Wed Jan 6 , 2021
Despite their victory in the return leg, Fatai Osho’s men have failed to progress to the competition’s group phase Enyimba have bowed out of the 2020-21 Caf Champions League despite their 2-1 victory over Al Merreikh on Wednesday. FT | A win today but not enough to see us through […] 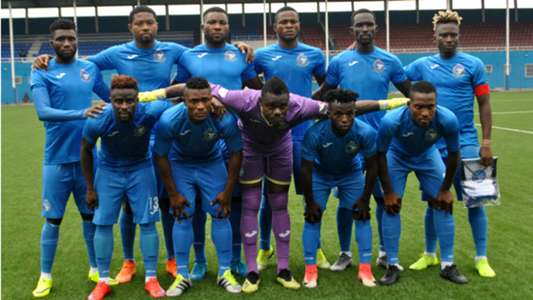