Former Ghana Football Association (GFA) president Kwesi Nyantakyi admitted to breaching multiple Fifa Ethics codes when he appeared before the Court of Arbitration for Sport (CAS) for an appeal of his Fifa life ban.

Earlier, the ex-Caf vice-president denied any wrongdoing when he was accused of offences relating to conflict of interest, bribery and corruption, and commission. Consequently, he was slapped with a lifetime ban after being fingered in a 2018 investigative documentary by renowned Ghanaian undercover journalist Anas Aremeyaw Anas.

“[Nyantakyi] admitted his guilt only on the morning of the final hearing,” Cas wrote in its full grounds, dated April 2020, relating to the decision to reduce his sanction, the BBC has reported.

“[He] added that a life ban would ruin his life and be disproportionate in the circumstances,” said the CAS report, which has yet to be made public but a copy of which has been seen by the BBC.

“[He] accepted at the hearing the necessity of CAS imposing a significant sanction and that, since he had admitted the offences, the ban could not be quashed.”

In the 2018 documentary, Nyantakyi, GFA president at the time, was filmed taking $65,000 in cash from an undercover journalist posing as a businessman interested in investing in Ghana football.

He and the ‘imposter’ later agreed on a sponsorship deal for the FA, the kind that was to see millions of dollars in commission paid to a company controlled by the renowned football administrator.

“The GFA, at the time of the commission of the offences, had not had a main sponsor for three to four years, leading [Nyantakyi] to jump at the chance of meeting the supposed Sheikh who might remedy this situation to the GFA’s benefit,” CAS stated when discussing some of the grounds for Nyantakyi’s appeal.

“He emphasised that this was the supposed investor’s idea, not his, and that he for his part thought he was negotiating the sponsorship agreement in good faith.”

Nyantakyi had held the position of GFA president since 2005, his reign collapsed by the scandal.

According to CAS, it could not “consider [Nyantakyi’s] late admission of guilt … as a basis on which to reduce the sanction against him”, particularly taking into account his previous “fanciful and fabricated defence”.

“He created an elaborate story involving his email account being hacked, denying his interest in the company which was to act as agent in the proposed scheme and claiming that the money which he did receive in the form of a bribe was intended instead as repayment of travel expenses.”

Nyantakyi’s position as GFA boss has since October 2019 been taken over by Kurt Okraku.

Mamelodi Sundowns in good space, almost getting a clean bill of health - Mokwena

Thu Jan 7 , 2021
Masandawana make a trip to Limpopo for their third match in eight days since the start of 2021 Mamelodi Sundowns co-coach Rhulani Mokwena has hinted at fielding their full-strength side when they visit Baroka FC for Saturday’s Premier Soccer League (PSL) match at Peter Mokaba Stadium. For the past five […] 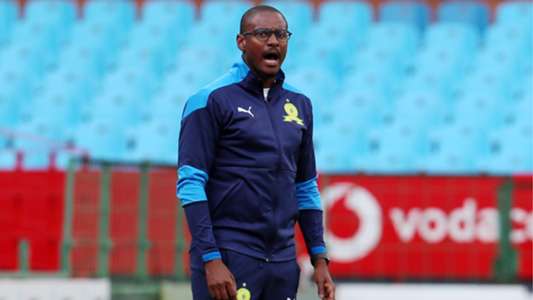