Taiwo Awoniyi has become a forgotten man at Liverpool, having gone almost six years without an appearance for the club, but he is still holding out hope that work-permit issues can be resolved and a competitive debut made.

The Nigerian was snapped up by the Premier League heavyweights during the summer of 2015, with his obvious potential being noted in the Imperial Soccer Academy.

The 23-year-old has, however, been forced to take in a series of loan spells after being prevented from forming part of the first-team fold at Anfield.

“Liverpool will always be the priority for me and I am grateful to everyone at the club,” Awoniyi has told World Soccer Magazine on seeing his path blocked on Merseyside.

“I still don’t have the work permit to play in England. But with the new rules in place, and the minutes I have played in Germany this season, no one knows what the future will hold regarding the UK work permit.

“If I become eligible to play in the UK, I think I can have a say on what my decision will be. Things have changed remarkably with the new rules and this will certainly help me decide my next step.

“Liverpool is a very special club. They are always in contact to see how I am doing and to ensure I know that they are following my progress out here. It motivates me to know my parent club is following up and have my best interests at heart.

“Presently, I am still a Liverpool player until the last day of my contract, but no one knows what the future holds.

“My dream has always been to play in the Premier League and it’s why I signed for Liverpool. I still keep the dream alive but if leaving will facilitate it, why not? At the moment, it is impossible to say what might happen in the future.”

Where has Awoniyi spent the last six years?

Immediately after being acquired by Liverpool, the Nigeria U23 international was loaned out to FSV Frankfurt.

In 2016-17 he headed to NEC in the Netherlands, with the following season spent at Mouscron in Belgium.

From there Awoniyi took in a spell at Gent, another stint at Mouscron, and linked up with Mainz in 2019-20.

He is currently at Union Berlin, with five goals recorded through 19 Bundesliga appearances.

Awoniyi committed to his last contract at Liverpool in the summer of 2018, with that deal set to run for five years.

He is, therefore, tied to terms at Anfield through to 2023 and has some big decisions to make on his future as he approaches another important career crossroads.

There remains fierce competition for places for him in Jurgen Klopp’s squad, with the reigning Premier League champions being urged to further bolster their attacking ranks in the next transfer window.

Sat Feb 20 , 2021
Owen Coyle’s side remained in the hunt for play-offs with a crucial win over giants Mumbai City… Jamshedpur FC kept their top-four hopes alive as they created an upset by beating Mumbai City FC on Saturday in an Indian Super League (ISL) clash. With Mumbai’s defeat in their 18th match, ATK […] 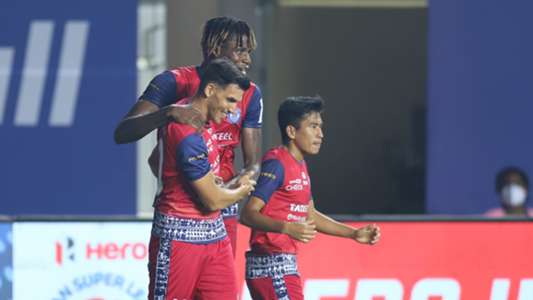