Football never stops – pandemics aside – whether it is the Premier League, Champions League or the international games such as the European Championship, there is almost always some action to watch on television.

Here are all the fixtures that are being shown live in the United Kingdom tonight, tomorrow and this week on channels such as Sky Sports, BT Sport, Premier Sports, La Liga TV,  BBC, ITV and more.

*All times are UK.

**Live football has been severely impacted by the coronavirus pandemic, but updates will appear here**

You can ring in the new year by watching Manchester United as they play Aston Villa live on Sky Sports.

BT Sport are showing Everton against West Ham earlier in the day, while Sky also have Championship action.

Sky Sports is showing the first Old Firm derby of 2021 on Saturday afternoon as Steven Gerrard’s Rangers look to extend their lead at the top over Neil Lennon’s faltering Celtic.

Later in the day, Arsenal will be hoping to kick off the new year on a positive note when they face fellow strugglers West Brom.

There are a number of exciting matches live on La Liga TV too, with The Great Derby between Real Betis and Sevilla taking place in the afternoon before Real Madrid play Celta Vigo.

Premier Sports is showing Italian football early on Sunday morning as Inter face Crotone and the live games keep coming throughout the day.

Sky Sports has a number of Premier League games, including the showdown between Chelsea and Manchester City as well as that between Newcastle United and Leicester City.

Barcelona are in action late in the evening against Huesca and that game can be watched live on Premier Sports or La Liga TV.

Liverpool lock horns with Southampton on Monday live on Sky Sports, while Valencia are in action against Cadiz – that game is live on La Liga TV.

Tottenham face Brentford in the Carabao Cup semi-final – that game is live to watch on Sky Sports’ channels. Prior to that, Sevilla take on Linares Deportivo in the Copa del Rey, live on Premier Sports.

There is a derby encounter between AC Milan and Juventus too, live on Premier Sports and the LiveScore app, while Barcelona take on Athletic Club live on La Liga TV. 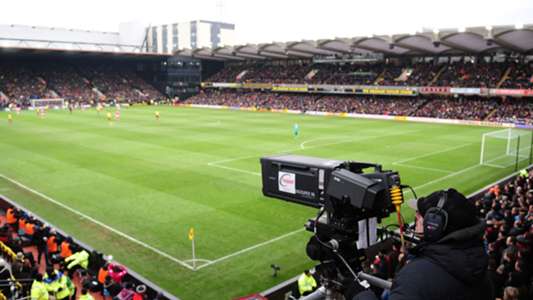